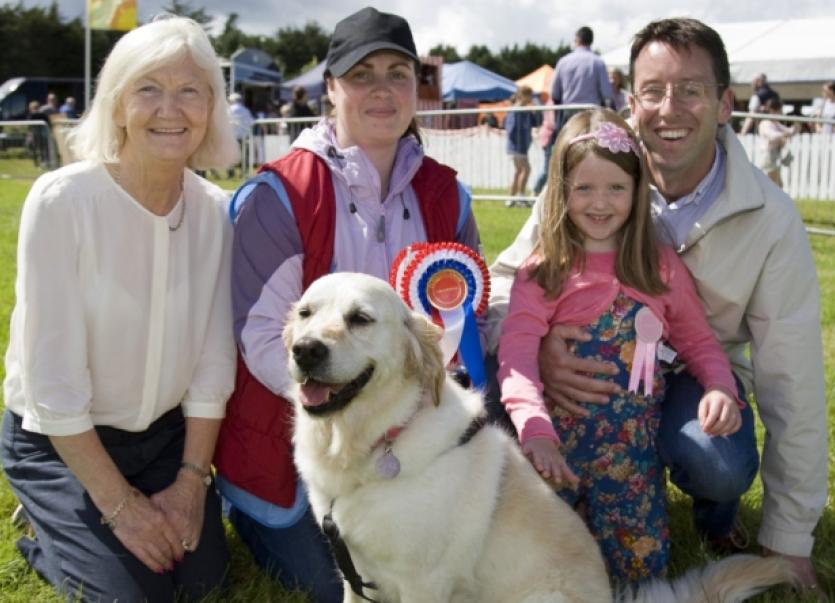 Clonmel Show committee had been planning something special for the 150th anniversary of the event - and they didn’t disappoint.

Clonmel Show committee had been planning something special for the 150th anniversary of the event - and they didn’t disappoint.

Heavy showers in the morning and again in the afternoon may have threatened to put a damper on proceedings but the show has survived bigger challenges than that in the past century and a half and a little rain was never going to impact on one of the top agricultural shows in the country.

That was the imprimatur from Agriculture Minister Simon Coveney on a visit to the event and it was a view shared by the thousands who attended at the superb surroundings of Powerstown Park.

People were determined to mark the occasion in style and turned out in droves - the carpark was full to overflowing by early afternoon and the by-pass became gridlocked - not great news for motorists but testimony to the appeal of the show.

Clonmel Show is not only one of the best shows in the country but also one of the oldest and the skills honed over generations in producing a top class spectacle were to the fore again on Sunday.

As chairman Tom Acheson said at a recent civic reception to honour the show, it’s all part of a jigsaw and when it all comes together the result is an outstanding success.

And that’s what it was again on Sunday.

Its appeal is wide and varied, attracting towns people for one of their most popular days out, and the rural community for a showcase of what’s best in Irish farming life.

And they come from far and wide, from counties all over Munster and farther afield, because for exhibitors to return with a rosette from Clonmel Show is a significant achievement.

Only the best are entered and only the very best win. The quality of livestock on show, particularly cattle and sheep, would rival that at any event in the country.

Meanwhile at the other end of the Powerstown Park venue, some of the finest horses in the country compete for honours, either as show horses or in show jumping.

But there was so much more on offer for visitors of all ages and all interests - a Punch and Judy Show, dog show, obstacle course for dogs of all sizes and an airplane doing the loops.

There was the donkey derby, one of the highlights of the show, and said to be the only one in the world using staring stalls - not that all the donkeys wanted to start!

There was Killenaule versus Loughmore - but not in hurling this time, but tug-o-war, as two of the teams competing for honours.

In the cattle, sheep and horse enclosures you had to be careful where you walked at all times as nature called for the animals, but the show also left one carbon footprint that the environmentalists might not be too pleased with - the black smoke from the vehicles in the tractor pulling event.

This popular event involves specially modified tractors, with the drivers wearing crash helmets, pulling a heavy load, and the smoke gushing as the revs increase.

Other attractions included the craft exhibits, including the mouth-watering cakes and scones - and a cake in the shape of a horse’s head, a popular food fair, and a fashion show.

Vistors had to guess the weight of a bullock in a pen with proceeds going to charity. However the animal didn’t take kindly to all the attention and became a little frisky and extra barriers were needed to keep him enclosed. It was all part of the excitement.

When it comes to Clonmel Show, all human life - and animal life - is there.