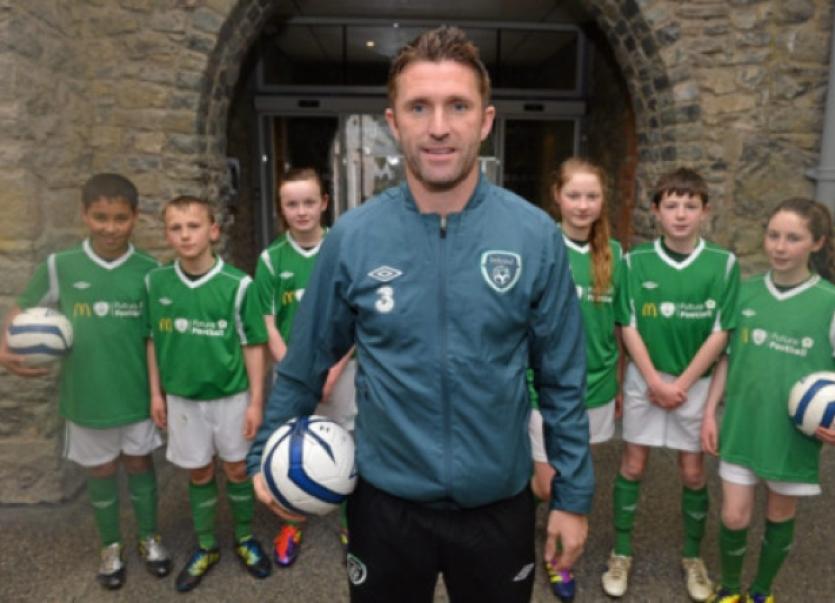 Cahir F.C, Clonmel Celtic and Nenagh AFC. will be the first footballs clubs in Tipperary to take part in the McDonald’s FAI Future Football programme.

Cahir F.C, Clonmel Celtic and Nenagh AFC. will be the first footballs clubs in Tipperary to take part in the McDonald’s FAI Future Football programme.

The programme is a brand new initiative to support grassroots football clubs and enhance the work they do at local level.

Each football club will be individually championed by local McDonald’s Restaurants in Tipperary, including restaurants which are owned and operated by Chris Pim and Siobhan Slater.

83 football clubs nationwide are signed up to the Future Football programme, where up to 4,000 boys and girls (under 8, under 9 and under 10) are expected to participate in a range of exciting Future Football events to be rolled out over the coming months.

McDonald’s FAI Future Football events include free coach education workshops which will deliver best practice for the coaching of Small Sided Games (4 vs. 4 and 7 vs. 7), aimed at developing skills in young players; community Fun Days to be held in 25 locations around Ireland supported by McDonald’s; and a Future Football competition for clubs culminating in a McDonald’s Cup Final, with the chance to play in Aviva Stadium at half time during the Republic of Ireland’s final home qualifier against Kazakhstan on 15th October 2013.

Republic of Ireland and LA Galaxy Captain Robbie Keane, who is the official Future Football ambassador said: “Every budding footballer starts out at grassroots level - it’s where I learned the basic skills of the game. I can honestly say that without the commitment and support that I received from coaches and volunteers at my local club Crumlin United from an early age, I wouldn’t have had a stepping stone into the professional game. It is fantastic to see McDonald’s getting involved in supporting these local clubs, which are the lifeblood of the game in Ireland.”

Commenting, Adrian Crean, Managing Director of McDonald’s Ireland said: “McDonald’s FAI Future Football is all about promoting participation and inclusion in football for young players at grassroots level, in a safe, fun and rewarding environment. We are delighted to be getting involved in supporting grassroots football clubs in Tipperary to promote participation in active, healthy lifestyles for young people. We look forward to rolling out Future Football over the  coming months.”