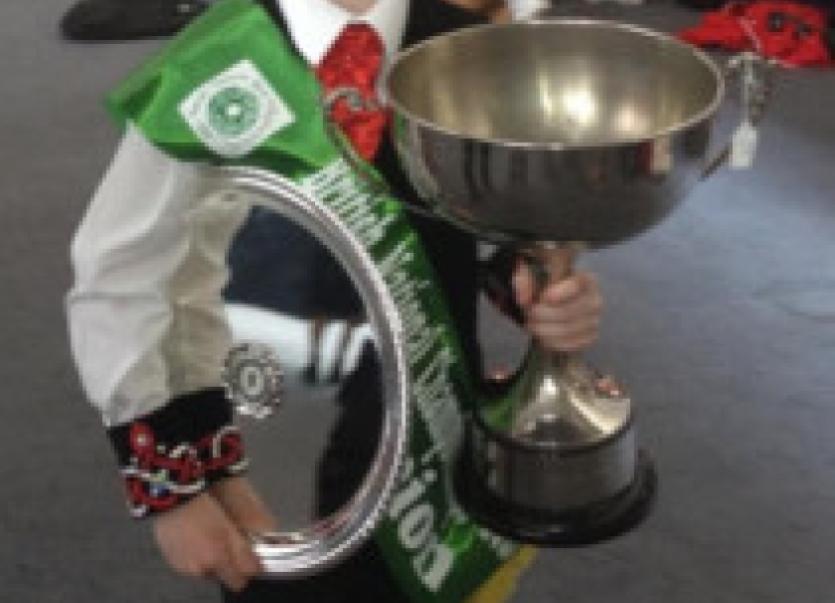 A little boy from Clogheen is following in the dancing footsteps of Michael Flatley, with a win at the British National Irish Dancing Championship.

A little boy from Clogheen is following in the dancing footsteps of Michael Flatley, with a win at the British National Irish Dancing Championship.

Evin Hyland, from Clogheen, travelled to Manchester where he took part in the international competition.

Lightfooted Evin was the winner of his category, having danced against boys his own age who had come from all over Ireland, England, Scotland and Wales. This is his first ever championship title but it’s not the only silverware Evin has taken back to Clogheen this year. In February he took second place in the Irish Nationals, which was a massive achievement in what was his first ever national championship. Just last week he topped his class at a feis in Limerick, this time competing against boys and girls.

He only started Irish dancing about two years ago, his interest piqued when his friend Joseph won a medal at a feis! The Irish competition in February was his first major competition. The coming months will stay busy for Evin as he travels to the All-Ireland Championships in Belfast in October and the Munster Championships in Killarney in November.

Evin really enjoys Irish dancing but he also loves sports, playing hurling and football with Fr Sheehy’s in Clogheen, and soccer with Burncourt Celtic. He goes to St Mary’s NS in Clogheen. Evin keeps his mum busy but, she says, she loves it. Older sister Katie was an Irish dancer for 13 years and when she stopped dancing Martina missed the feises. Evin also has an older brother Aidan, who lives in Australia and 14 year old David who is in secondary school in Mitchelstown. Evin’s current ‘dancing partner’ however is his three year old niece Emma who loves to dance around the house and will be off to dancing class with him soon!