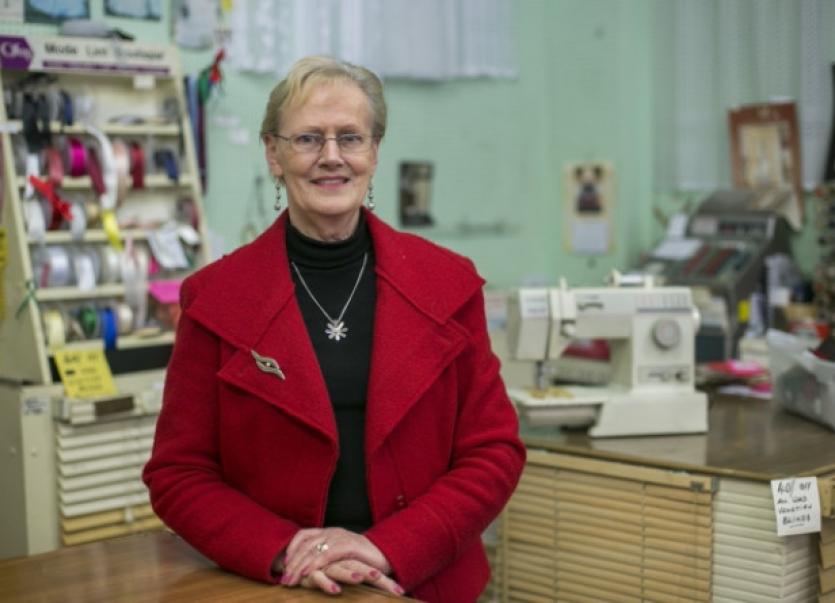 One of the longest-established businesses in Clonmel’s town centre has closed.

One of the longest-established businesses in Clonmel’s town centre has closed.

Originally from Brensha, near Tipperary town, she opened the fabric store on May 16, 1975, having served her apprenticeship at her sister, Kathleen Kelly’s drapery shop in Tipperary town.

“We had great years here in the 1980s and 90s”, says Phyllis. “Customers were very loyal, they kept coming back. But now it’s different, you just cannot compete against all the big stores.

It’s very hard for the small businesses, and the town centre is completely gone. All the out-of-town shopping centres have ruined us”.

However she has noticed a recent recovery in consumer confidence, with people inclined to spend more. “Hopefully the town will progress more, because a lot of shops have closed. It’s a lovely town, it would be a pity to see it decline”.

Phyllis watched children grow from the time their parents took them into the shop in prams and buggies and brought them back to buy fabric for Holy Communion, Confirmation, Debs and wedding dresses.

She says it was a hard decision to retire but one she had to take sometime.

Phyllis, who lives in Coleman, Fethard with her husband Tony, is now looking forward to doing things she never had much time for, which include walking on the beach, catching up on visits to relations and friends and swimming.

“People were very nice”, said Phyllis, as she thanked customers for their support.