Labour meltdown on 7.9% vote and just one seat on new council 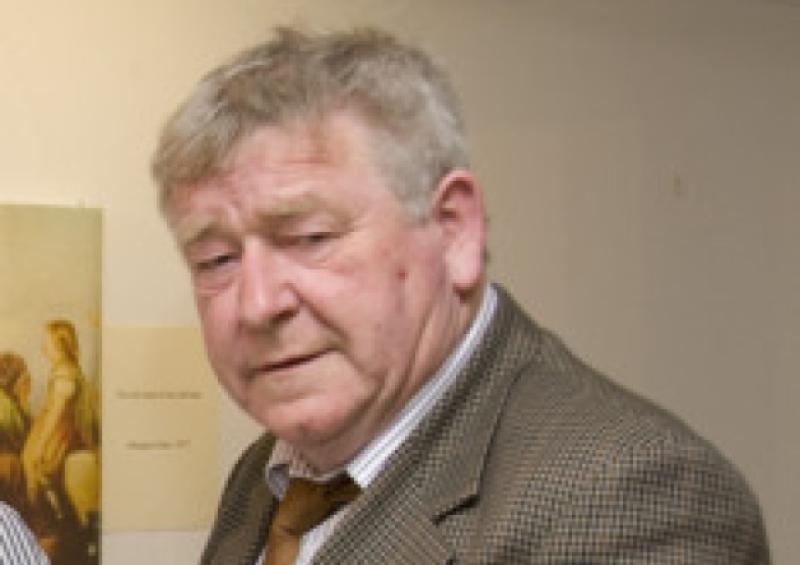 When the town where the Labour Party was founded, just over 100 years ago, didn’t run a candidate the writing was on the wall.

When the town where the Labour Party was founded, just over 100 years ago, didn’t run a candidate the writing was on the wall.

It was almost a total wipe-out for the party on the 40-seat Tipperary County Council with only a last gasp victory for one candidate in the Nenagh area saving the party’s blushes.

While the collapse in Labour votes across the country has already claimed a senior political casualty with Eamon Gilmore resigning as party leader on Monday, the conversation in the Thurles count centre from some party supporters raised questions about the local leadership.

Labour took just 7.9% of the vote in Tipperary compared to Fine Gael’s 45%. The party has fallen from seven councillors to just one lone representative.

Fiona Bonfield will be the only Labour councillor on Tipperary County Council. She was elected without reaching the quota on the thirteenth count in the Nenagh district (along with four other councillors). The first-time councillor from Newport will carry the hopes and spirit of the party for the next five years.

The party ran eight candidates across the county. One each in the Carrick on Suir, Clonmel-Cahir, Cashel-Tipperary and two in Templemore-Thurles. Four candidates were put forward in the Nenagh area and in the wake of the party’s vote collapse one party supporter at the count said their support was split.

The Labour Party was founded in Clonmel in 1912. There is now no councillor for the party representing the town. In the new Clonmel-Cahir district the party’s only candidate was Seanie Lonergan from Cahir, who was a sitting member of South Tipp County Council. Unfortunately for Seanie his first preferences were a lowly 367, compared to poll topper independent Martin Lonergan who polled 1,784. 15th out of 20 candidates it was clear from early on his seat was gone. He was eventually eliminated on the eighth count, on Sunday afternoon. The majority of his transfers went to fellow Cahir man, independent Andy Moloney who was elected on the next count.

Seanie had been one of only two sitting Labour councillor left on South Tipp County Council after resignations from the party in recent years. Sitting Labour councillor Michael Cleere also lost his seat in the Carrick area. Co-opted to a seat vacated in recent months when Bobby Fitzgerald resigned from the party, Cleere was first eliminated on a low first preference vote of 463.

In the Carrick on Suir area Liam Hayes polled well but was eliminated on the sixth count, his transfers being the last to be distributed and making all the difference in the battle for a final seat between FG candidates Joe Brennan and John Fahey. Fahey took the seat.

Cashel-Tipperary had Mick Byrnes from the Tipp end of the district as its candidate. He didn’t poll well enough to take a seat and was eliminated on the seventh count.

The harsh story continued in the districts to the north of the county.

In the Templemore-Thurles area Shane Lee, who was not a sitting councillor, and John Kennedy, were always outside the top nine vying for seats in that constituency.

The decision to run four candidates in the Nenagh are has been criticised. However it is the only area where the party took a seat, with Fiona Bonfield. For most of the two-day count it was thought the party would not gain even one seat on the County Council so her election must have come as a huge relief to all, especially the candidate and her local supporters including Junior Minister Alan Kelly who was there to congratulate her, and who had kept a watching brief at the count centre as the party representation disintegrated.

Cllr Lalor McGee, Cllr John Kennedy and Cllr Virginia O’Dowd lost their seats and newcommer Greg Starr failed to be elected in this district and apart from a short lived hope that transfers would improve their showing it was clear from tally figures when ballot boxes opened on Saturday morning they were in serious trouble.

The Labour party has gone from seven council seats to one. National analysis of the party’s vote suggests that if this had been a general election Labour would have taken just two seats in the Dáil. That has to be worrying for Tipp’s sitting TD, Alan Kelly, who said he was “very disappointed” with the election results but blamed the party’s national image.

“I think the party nationally needs to be reorganised, regenerated and there needs to be change, organisational change, personality change, strategy change. The Programme for Government needs to be looked at.” He was speaking before Monday afternoon’s dramatic events.

Carrick-on-Suir Senator Denis Landy said it was a bad day for the party and he felt particularly sad for candidates such as Seanie Lonergan who had suffered over what had happened nationally.

“But we must all do better and change our tactics as a team at national level for Labour to come back from this. How Labour serves the people and puts forward its view of society and how we carry that through in government will dictate the future of the Labour party”, he said.