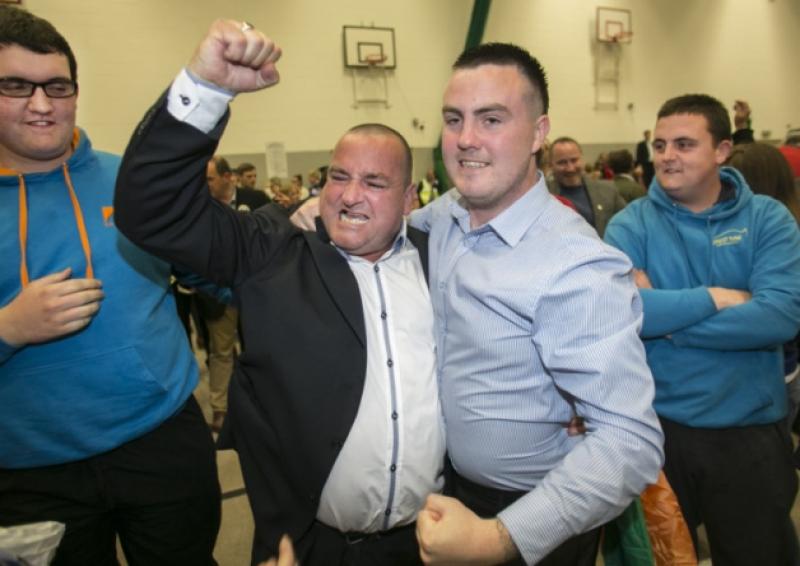 It’s the election where the Sinn Fein party made the breakthrough as a significant force in Tipperary county council politics on the back of a nationwide voter swing towards the party.

It’s the election where the Sinn Fein party made the breakthrough as a significant force in Tipperary county council politics on the back of a nationwide voter swing towards the party.

But last Friday’s ballot has increased their representation to five county councillors with one elected to each of the new Tipperary Co. Council’s five Municipal Districts.

Carrick-on-Suir based David Dunne, who was co-opted to Carrick Town Council at the beginning of the year, won the party’s first county council seat. He topped the poll in the Carrick-on-Suir Municipal District race and was the second councillor elected to the new county council.

It was a case of third time lucky for the Carrick man, who ran in two previous South Tipperary Co. Council elections. His first preference vote of 1398 was 897 more than what he secured in the 2009 election.

Cllr Dunne credited his success to his hard work in community organisations in Carrick-on-Suir and the swing towards Sinn Fein in the elections nationwide reflecting voters dissatisfaction with the Government’s unpopular austerity policies.

“The austerity agenda followed by the Government was very unpopular among the people. The Government had choices to make and made the wrong choices,” he said.

Outgoing Cashel Town Councillor Martin Browne was the Sinn Fein candidate elected to the Cashel/Tipperary Municipal District. Like David Dunne he sailed in as the second councillor elected to the seven seat District on the fifth count.

Newcomer Catherine Carey from Clonmel secured the party’s seat in the 12-seat Clonmel/Cahir Municipal District. She clinched the 10th seat on the 14th count.

In the north of the county, Cllr Seamus Morris, who served on the last Nenagh Town Council and North Tipperary Co. Council, was the second elected to the nine-seat Nenagh MD. He was elected on the sixth count. David Doran was the Sinn Fein candidate, who won a seat on Templemore Thurles Municipal District. He was the fourth councillor elected to the nine-seat district on the 11th count.

Cllr David Dunne said the Sinn Fein party group will meet ahead of the Tipperary Co. Council workshop meeting for new councillors on Friday to discuss their strategy in relation to forming any alliances with other political groups and parties on the Council.