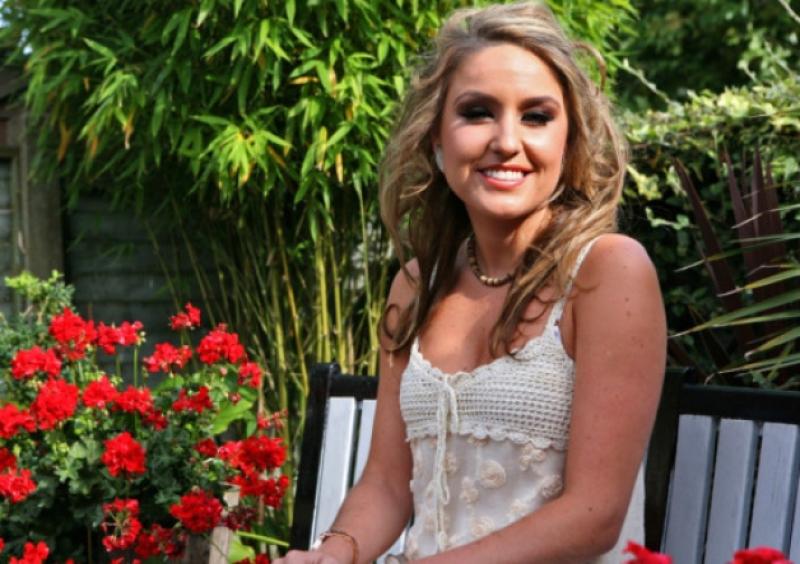 Twenty-one year old Nicole Smith looks the picture of health sitting in the garden of her home in St John’s Terrace, Carrick-on-Suir but just months ago she lay in an intensive care hospital bed and her family and doctors feared she may die.

Twenty-one year old Nicole Smith looks the picture of health sitting in the garden of her home in St John’s Terrace, Carrick-on-Suir but just months ago she lay in an intensive care hospital bed and her family and doctors feared she may die.

The final year teaching student at St Patick’s College in Thurles faced a terrifying battle with ill health over the past six months but is now making big strides towards a recovery thanks to the care she received at South Tipperary General Hospital and the Mater Hospital in Dublin and the support from family and friends.

Nicole, who is daughter of Geraldine and Frank Smith, was admitted to South Tipperary General Hospital on March 23 with very bad stomach pains and was diagnosed with severe Crohn’s disease. While she was being treated in hospital, her bowel burst and she had to undergo surgery to remove 30% of her large intestine and 40% of her bowel.

But her condition worsened post surgery when her lungs filled with fluid making it difficult for her breathe and she developed Pneumonia and Pluerisy. She was transferred to the Mater in Dublin where her condition improved but on her return to STGH she suffered another set back she developed very high temperatures. Nicole said at the height of her illness, it was feared she may lose life and her two older brothers Colin and Simon in Australia were summonsed to come home. Her weight dropped dramatically from nine and half stones to six stones.

“Once I started going down hill, I went down hill very quickly and it was looking really bad for a long time. But then I started pulling through slowly but surely.”

Nicole celebrated her 21st birthday on May 14 in hospital in Clonmel surrounded by her loving family and was well enough to be discharged from STGH at the end of May, initially returning there every day for treatment.

Nicole is now well on the road to recovery and is studying to sit the final exams of her BA degree in religion and business later this month.

She said she wished to thank all her family, friends and the entire community in Carrick-on-Suir for the support including cards and gifts they gave her during her illness. “It showed me how strong a community Carrick-on-Suir is. Everybody just pulled together when I was in hospital,”

She also thanked all the doctors and nurses at South Tipperary General and the Mater Hospitals for the great care they had given her, particularly Prof. Paud O’Regan, and Mr Peter Murchan.

Nicole also paid tribute to Fr Tom Fogarty, the head of St Patrick’s College, Thurles, who visited her in hospital several times a week. When she missed sitting her final exams earlier this summer, she said Fr Fogarty was very supportive.

“Everything that has happened me over the past few months has really changed my life. You realise how precious life is,” said Nicole.