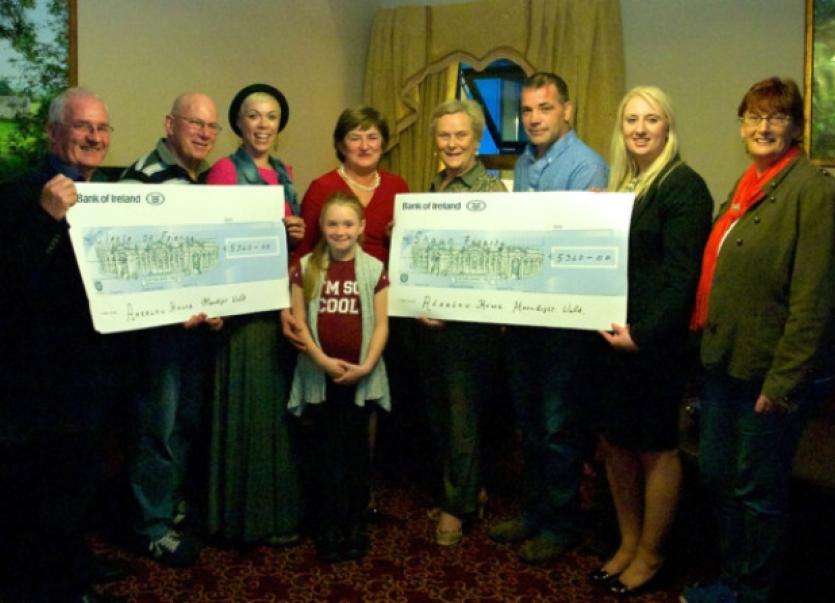 The Aherlow Moonlight Walk committee is celebrating after reaching over €101K in fundraising since they began in 2008.

The Aherlow Moonlight Walk committee is celebrating after reaching over €101K in fundraising since they began in 2008.

“This is a fantastic achievement and could not have been done without the efforts of the committee Aherlow House Hotel and the supporters who have attended the walk over the last number of years,” said Helen Morrissey, Committee member.

The Aherlow Moonlight Walk was the brainchild of Ferghal Purcell, previous proprietor of Aherlow House Hotel. The concept was simple but effective whereby participants would make a set donation of €50 and enjoy a Moonlight Walk followed by pink champagne, refreshments and dance the night away in the ballroom. For the first three years the monies raised went towards the Marie Keating Foundation and many ladies came out to support this charity that had helped family members and friends. The most poignant part of the evening became the balloon-wish where loved ones, present or past, were thought of as a balloon was released to the skies.

Up until this year the walk was a women-only event but with the Shaun Fogarty appeal becoming a recipient in 2014 the Moonlight Walk was opened it up to men.

The recipients in the past have been the Marie Keating Foundation, the Jack & Jill Foundation and Cystic Fibrosis towards a new Cystic Fibrosis unit built at the Limerick Regional Hospital. In recent years the money raised through the Aherlow Moonlight Walk stayed in the locality with Scoil Aonghusa in Cashel receiving money in 2013 and Circle of Friends Tipperary Town and the Shaun Fogarty Appeal Cahir in 2014.

Committee members Nora May-Kennedy, Carmel Donovan, Helen Morrissey and Joanne Hicks (Aherlow House Hotel) extend a huge thank you to all who have supported the Moonlight Walk over the years.