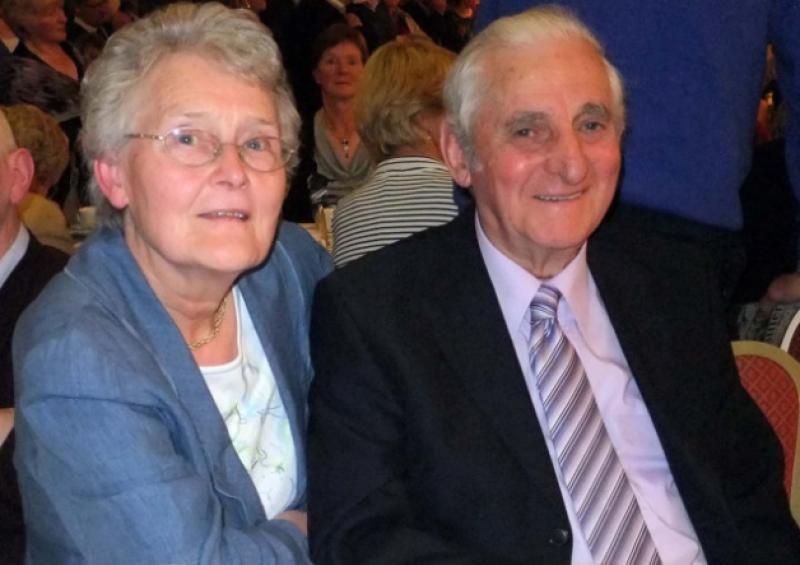 The death took place on Sunday, March 1, following a short illness of Hurling Goalkeeper of the Century and the Millennium, Tony Reddin, aged 95.

The death took place on Sunday, March 1, following a short illness of Hurling Goalkeeper of the Century and the Millennium, Tony Reddin, aged 95.

Born Martin Charles Reddington in Mullagh, Co. Galway in November 1919, Tony began his hurling career as a juvenile with the local club in 1933, winning a Connacht junior hurling medal with Galway in 1940. He would go on to play senior hurling with the Tribesmen and would play with Connacht in the inter-provincial championship in 1946.

A year later when Tony crossed the Shannon to take up a farm job in Lorrha, he joined the local club where he almost immediately caused ripples of excitement with his unusual ability in North Championship games.

Nicknamed “Thaudy” and with his family always known as the Reddins back in Galway, the locals in Lorrha thought it was “Tony” and hence became Tony Reddin and the name stuck.

In 1948, Tony helped Lorrha win the North Tipperary senior hurling title making a succession of brilliant second half saves in the final against Borris Ileigh. Despite losing to Holycross/Ballycahill in the County final later that year, his performance brought him to the attention of Tipperary manager Paddy Leahy for the first time.

He joined the Tipperary panel in 1949 and for the next nine years his performances between the posts for the Premier County earned him immortal status and remains arguably the greatest ever hurling goalkeeper to this day.

His toughest game was probably the 1950 Munster final against Cork at Killarney. He faced many hazards that day and recalled having his jersey held by a spectator!

Tony was named the GAA’s Hurling Goalkeeper of the Century in 1984 and was named on the Hurling Team of the Millennium in 2000.

Tony would win one more North Tipperary championship medal with Lorrha in 1956 but a county title would elude him.

Tony moved to nearby Banagher, Co. Offaly in 1963 when he got a job with Bord na Móna and having finished playing with Lorrha, his hurling genius continued as a coach.

He became senior trainer with St. Rynagh’s hurling club in Banagher and was part of the set-up which saw the club win ten Offaly county championships between 1965 and 1976.

Tony was a regular attender at games until recently and always proved popular with the public, who loved his modest affable manner.

Tipperary County Board Chairman Michael Bourke paid tribute to the late Tony Reddin - “The name of Tony Reddin will go down in hurling folklore as one of hurling’s legends. His achievements list high among the greats not only of his own era, but also of those of modern times.

“However, his goal­-keeping genius which inspired many is as vibrant today, not alone to Tipperary people, but all Gaels in general as we recall the greatness of his unique talent. On behalf of Tipperary County Board we extend our heartfelt condolences to his wife Maura, sons Eamon, Dermot & Cathal and daughters Catherine, Jacinta, Majella, Collette, Brenda and Noelle”.