Basketball is thriving in South Tipp 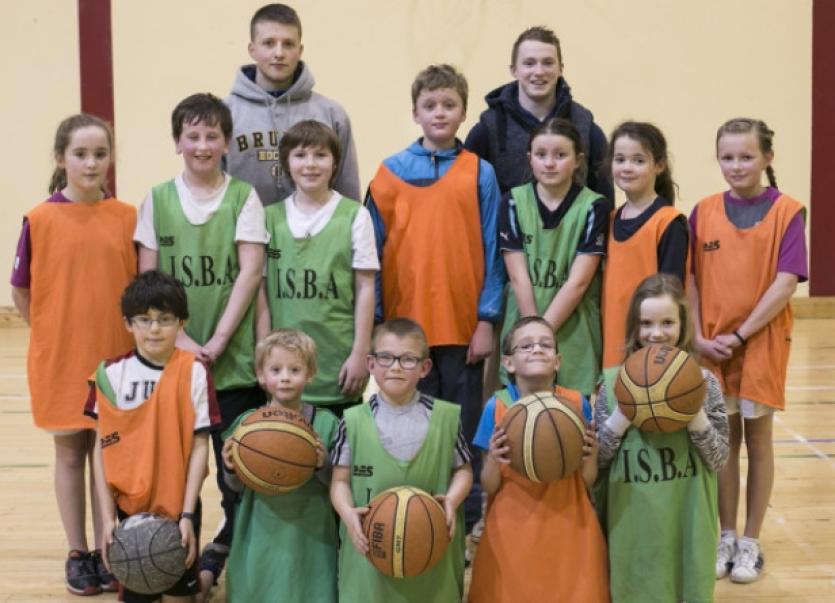 The South Tipp Titans Basketball club was formed in the 2012/2013 season when head coach Liam Fennell realised the area lacked the opportunity for young people to enjoy basketball.

The South Tipp Titans Basketball club was formed in the 2012/2013 season when head coach Liam Fennell realised the area lacked the opportunity for young people to enjoy basketball.

The club trains in the wonderful facilities of the gym at the Moyle Rovers complex under caretaker Pat O’Connor and was officially named by its members in the following season when three teams of U-14 girls and boys and Under 18 boys took part competitively in the South East League, while the Under 18 Boys also took part in the Cork League and the National Cup.

The short term plan is to develop the Under 10,12, 14, 16 and 18 teams of boys and girls to a higher level; to keep developing new players; and put them on a pathway to enable them to be successful in their secondary school sports and their third level endeavours through an active life in sport, using basketball as a vehicle to do this.

The club’s hope and expectation is that many of its players will represent regional teams for club and school. At the moment regional/schools Under 17 trials are taking place and at least 10 club players are expected to make this team. Last year Patrik Laureano and Omar Sallam were chosen on the regional Under 15 team for the national tournament in Galway. This was a great honour for the club and the boys improved greatly from this experience. This year five club members are expected to be selected for the regional Under 15 team.

Last year two of the Under 18 players, Aaron Fennell and Andrew Maguire received scholarships/grants to WIT through their basketball ability. They are at present on the college’s senior basketball team and also play with the Waterford-based Vikings club at Men’s level. This was a great achievement and honour for both the players and the coaches who developed them. Many international scholarships are also available through basketball.

The South Tipp Titans have a long-term plan to have a National League team in the future. Last year they dipped their toe in the water by entering the Under 18 Boys in the National Cup. They were not found wanting and competed with the best, reaching the latter stages of the competition, and the experience and knowledge gained by the boys cannot be quantified. The clubs intends to put in a good foundation by developing its Under 10, 12, 14, 16 and 18s teams.

Playing at the top level incurs huge expense and fundraising is the first step in the club’s long- term plan.

The club is very grateful to Jamie O’Keeffe for his huge support and continuous hosting; Pinewood Health Care for their sponsorship last season to assist the club in buying all-important basketball team kits; and the Beary Family for their generous donation.

None of any of this can be done without the help of many volunteers, committee and parents who supervise training sessions and support teams at games and tournaments.

Schools will also benefit from their players being part of a club. South Tipp Titans, along with teams from Thurles, Tipp Town, New Inn and Nenagh are serving Tipperary very well in promoting basketball as an alternative sport for Children. Playing against teams from Wexford, Waterford, Carlow and Kilkenny adds an inter-county dimension to the sport.

Head coach Liam Fennell, with the assistance of Aaron, Dean and the supporting parents, has been responsible for the growth in members and committee. The Titans now have Under 10 boys and girls teams with Under 14s boys and Under 16 boys teams. There is also a girls youth team and ladies team. The fun is there for all to enjoy.

Liam has successfully arranged basketball camps in the school holidays for the young people in the area and brought the Sport Changes Life American basketball scholars to help build confidence, encourage fun and improve the players’ basketball skills.