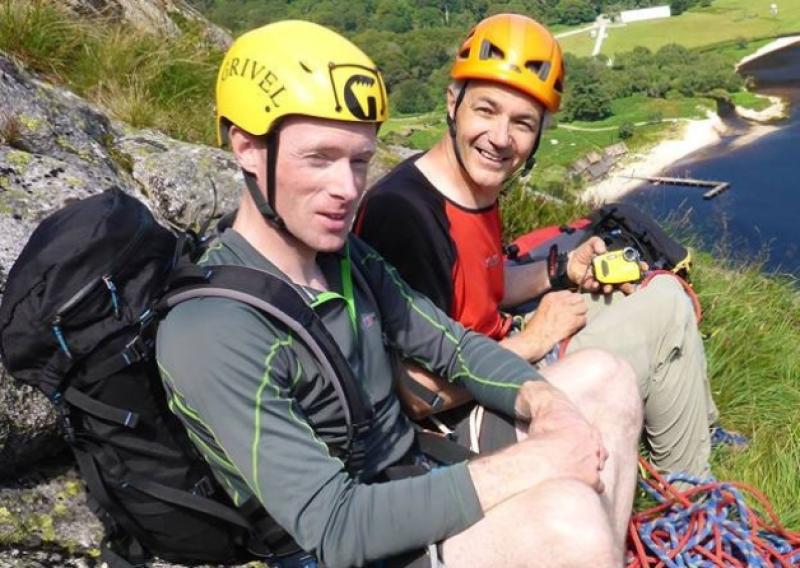 A coroner has said it was “quite shocking” that “no investigation” was carried out in France into an accident in the Alps which last year claimed the lives of Clonmel engineer Peter Britton and his mountaineering friend Colm Ennis.

A coroner has said it was “quite shocking” that “no investigation” was carried out in France into an accident in the Alps which last year claimed the lives of Clonmel engineer Peter Britton and his mountaineering friend Colm Ennis.

The two experienced climbers died when they fell 200m on Mont Blanc on July 27 of last year, just a day after flying into France.

An inquest held last week in Waterford into Colm Ennis’s (37) death, heard how the two men were always “very focused on safety” and careful about having the correct equipment to minimise risk on their mountain expeditions.

Peter Britton (55) was originally from Cork but grew up in Roscrea and lived in Clonmel for many years, where he worked for South Tipperary County Council as a senior executive engineer.

His funeral last August in Ss Peter and Paul’s Church was packed to overflowing with people who came to pay their respects and sympathise with Peter’s widow Carol Ann, children Cormac, Laura and Christopher; sisters Brenda, Paula and Anne; brothers John and Maurice, father-in-law Paul Delaney and the rest of his family, friends and colleagues.

He was a long-time key member of the Rathcormack Community and Hiking Centre.

Mr Ennis, who worked in Bulmers in Clonmel in the past and was also a user of the the Rathcormack club, died due to shock as a result of multiple injuries sustained in the fall, including broken vertebrae, ribs and humerus (upper arm).

Coroner for Co Waterford, John Goff, said it was “a very unusual inquest” because Colm Ennis died in France and “there was absolutely no investigation carried out” into his death in that country. “I find that quite shocking really,” he said.

“There was certain confusion when the body came back as to what the Irish authorities should or shouldn’t do. Usually this would be done in France.”

The inquest was held in Waterford as the post-mortem was carried out on Mr Ennis’s body in University Hospital Waterford. A separate inquest will be held into Mr Britton’s death.

Colm Ennis’s sister, Michelle Power, told the inquest that she is a member of An Garda Síochána and identified her brother’s remains at University Hospital Waterford on August 2 of last year.

Ms Power read a report from France which stated that Mr Britton and Mr Ennis died on July 27 at 3.45pm, having flown into Geneva Airport the day before. Having slept at an altitude of 3,371m, they set off on the morning of July 27 for Mont Blanc.

When they were on the descent that afternon, they were a short distance away from a “corridor of snow” which would have brought them back easily to the refuge, but slipped and fell.

“They fell 200 metres down a fast slope made of snow and rocks,” the report said.

Ms Power said the French report didn’t explain the cause of the fall. “Colm and Peter Britton were very experienced climbers and mountaineers, with many years of alpine experience,” she said.

Both were “very focused on safety” and always sure of having the right equipment to minimise the risks of cimbing.

Her brother Aidan had gone on the same climb with them in the past and said that the descent was “very steep” with risks of a rockfall.

Consultant pathologist Dr Nigam Shah said he carried out a post-mortem on Colm Ennis’s body on August 2 and found “the most likely cause of death” was multiple injuries as a result of a fall.