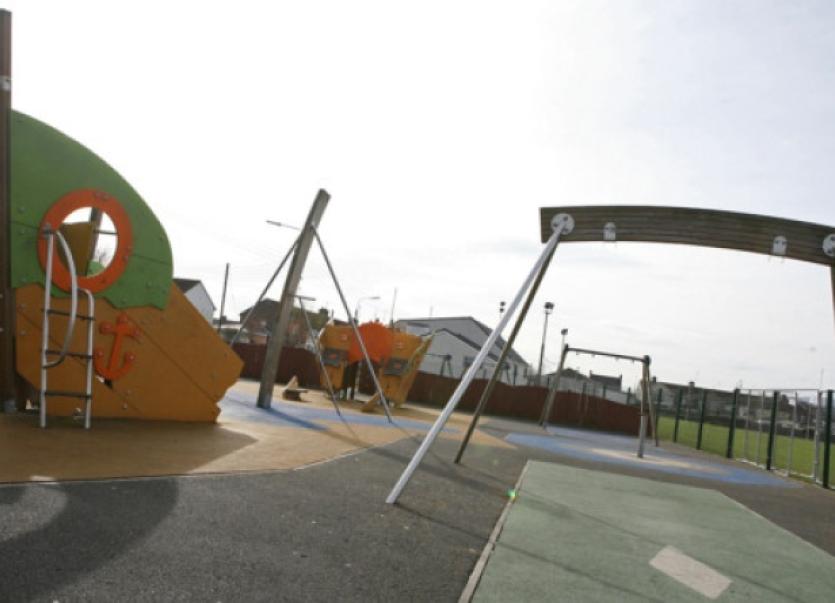 Carrick-on-Suir Town Council closed the town’s main playground at the Fair Green last Thursday and plans to fully renovate the amenity over the next three months.

Carrick-on-Suir Town Council closed the town’s main playground at the Fair Green last Thursday and plans to fully renovate the amenity over the next three months.

The Council also plans to revamp two smaller playgrounds at Ballylynch and Seskin Court in the town this year.

Play equipment at the Fair Green playground has been extensively vandalised over the past few years. Many Carrick-on-Suir families now visit playground in Mooncoin, Clonmel and Portlaw because they don’t believe the Fair Green one is safe or inviting for children.

He said the Council plans to replace almost all the play equipment in the playground and erect a new perimeter fence. A minimum of E25,000 will be spent on renovating the facility.

The Council will be drawing up a design plan for the new look playground over the next month to six weeks and aims to have the project completed and the playground re-opened by mid-summer.

Mr Slattery said the Council was considering installing bigger multi-activity play equipment pieces combining slides, climbing frames and ropes as they will be more robust than some of the smaller pieces currently in place.

The perimeter fence will also be lower than the existing fence, which has been significantly damaged by vandals.

The Council found that having a higher fence did not prevent youths from entering the playground at night. They just climbed over it or damaged the structure to get in.

Mr Slattery said the renovation of the playgrounds at Ballylynch and Seskin Court will include repairs to make damaged equipment safe and improvements to the general appearance of the two amenities.

The Ballylynch playground, like the Fair Green playground, has been vandalised in recent years.

The revamp of the three playgrounds will be primarily funded by revenue the Town Council has raised from Development Contribution levies for new developments.

The Council also plans to invest some of its own funding in the project and is looking at securing other funding sources.

Mr Slattery stressed that replacing the play equipment at Fair Green Playground was only part of the solution.

When it is re-opened, he said the Council plans to work closely with the local gardai to stamp out anti-social behaviour around the playground and will ensure the CCTV camera at the site is focussed solely on the playground to film any anti-social activity.

The Council is also looking at using its own staff carrying out supervision of the playground to ensure it is kept in good condition.

Mr Slattery said local schools, parents and the general community will also have a role in keeping the revamped playground free from vandalism by reporting any suspicious activity they see to the Gardai.

“We are willing to put a new playground in place but keeping it there will require everyone working together,” he added.