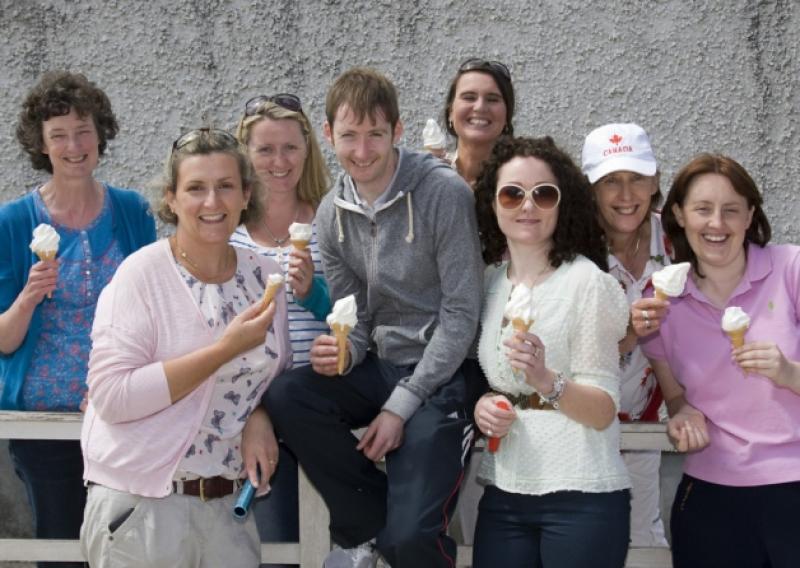 Thomastown School has wrought for itself an honoured and treasured place in the parish of Golden/Kilfeacle.

Thomastown School has wrought for itself an honoured and treasured place in the parish of Golden/Kilfeacle.

Through the years its pupils have attained many achievements and rewards but this past school year it has earned its place in sporting history for being the only school to achieve three Cumann na mBunscol County titles in two days.

The school is located close to the clubs of Golden Kilfeacle, Galtee Rovers, Knockavilla Kickhams and New Inn Camogie and many of the pupils attending the school are members of these clubs.

The clubs have a proud tradition and history in Tipperary GAA and the boys and girls under the stewardship of Siobhan Condon, who herself is part of the Tipperary Under 14 ladies football management team, trains these Thomastown teams during and after school.

These titles in addition to the Under 11 Football title which was secured in November 2012 and the Under 13 Hurling and Under 13 Football titles which were won last year mean the school has won six County titles over the course of the past two years. To win one County Final is in itself a huge honour but to win six when one considers the size of the school is an outstanding achievement.

In May 2013, another unique piece of school history was created when Andy Byrnes and Tony Byron earned a place on the Tipperary Primary Go Games Football and Hurling teams that played Kerry in Killarney and Limerick in the Gaelic Grounds.

On the day ‘The Nationalist’ called it was Sports Day. All the pupils and teachers were involved in organising teams for relays, all kinds of races and games. Joanne Ryan ensured that all the children’s talents in music, dance and art were incorporated in the event.

No medals here for “firsts over the line” as Principal, Mr. Cahill sees Sports Days as children taking part and therefore achieving.

A Premier Players’ Picnic was the highlight of Sports Day. Preparation for this picnic began the day before with a home economics lesson from Mary Carr. Children made the special cakes, desserts and Rocky Road.

A number of children proudly showed their school garden. They outlined where they had sown all kinds of vegetables and reminded us that they would be enjoying eating and cooking with them in September.

Clearly the messages of growing your own food and cooking are very much encouraged as part of their social, personal and health education. They also informed us of all they had learnt in their first aid course given by Clonmel Heart Saver the previous week.

The 6th class were privileged guests of Ryan Tubridy at Easons Spelling Bee competition in Cashel the previous week.