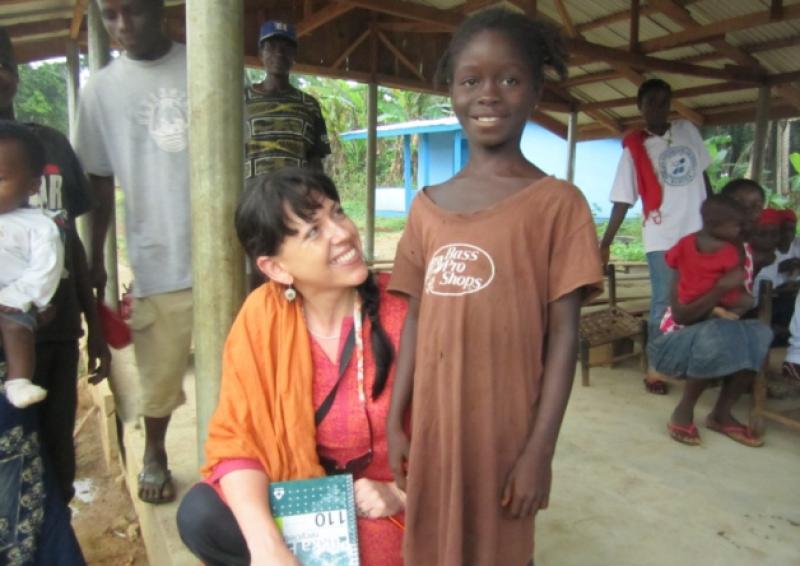 A Clonmel woman has spoken of her role as the equality adviser for Third World charity Concern Worldwide.

A Clonmel woman has spoken of her role as the equality adviser for Third World charity Concern Worldwide.

Bernadette Crawford is based in Dublin, from where she supports Concern’s programmes in the 26 countries where it is working.

“Inequality is one of the barriers that prevent people moving out of extreme poverty. Gender inequality in particular is highlighted by the fact that almost 70% of the one billion people living in extreme poverty across the globe are women and girls”, she says.

“One in three women in the world will be beaten or raped in their life and this figure is higher in many of the countries where Concern works. In Ireland, one in five women experiences domestic violence. It is estimated that 213,000 Irish women have experienced severe abuse and violence from a partner. In the Democratic Republic of Congo 1,152 women are raped every day”.

Bernadette is a past pupil of the Presentation Secondary School in Clonmel. Her mother, the late Noreen Crawford, taught for many years in the Sisters of Charity School. Her father was the late Eddie Crawford and the family lived in Airhill.

Bernadette did her primary degree in UCC and then followed that with a Masters in UCD in development studies.

“One of my lecturers in UCC, the late Vincent Tucker, inspired me to do development work. At school I was a supporter of the Concern Debating team,” she recalls.

Bernadette was in Liberia in April and September working with Concern staff exploring issues of gender inequality and violence against women.

“Liberia has experienced 14 years of terrible violence, from 1989 until 2003 during their civil war, and the country is still living in the aftermath of that war. In research carried out by Concern 30% of girls and 22% of boys reported that they had been sexually abused.

We speak to communities.Because of violence and war men are dominant over women, which results in high levels of violence”. This year Concern is spending €3.175 million in Liberia where it employs a staff of 127, 119 of whom are Liberian.