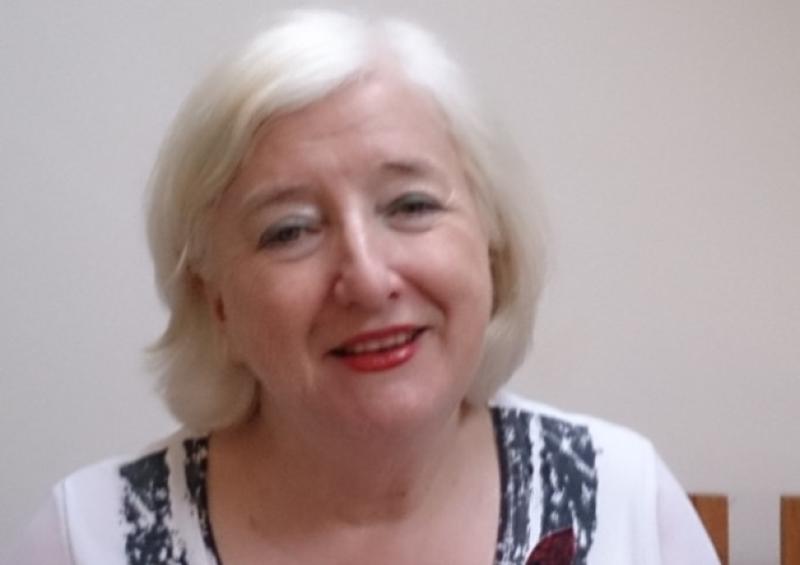 A national organisation that campaigns with, for and on behalf of older people is headed by a Clonmelwoman.

A national organisation that campaigns with, for and on behalf of older people is headed by a Clonmelwoman.

Mairead Hayes is CEO of the Irish Senior Citizens Parliament, which was thrust into the spotlight in 2008 when it organised the widespread opposition to the government’s plans to abolish the medical card for the over 70s, a protest movement that became known as “the silver revolution” and “the grey vote”.

“We were absolutely astonished by the response of the older generation and even younger people”, she says. “People who were never on a protest march in their life became involved”.

Mairead is daughter of the late Bill Hayes, a psychiatric nurse at St. Luke’s Hospital, while her late mother was the former Mae Prendergast from Kilsheelan. The family lived in Abbey Road and Mairead went to school at the Presentation Convent. She will renew acquaintances with her classmates at a school reunion at Hotel Minella on July 23.

When she left school Mairead joined Aer Lingus in Dublin, working in the financial and business departments before settling into a developmental role. She took early retirement shortly after 9/11 (“when the airline industry went into meltdown”) and with a desire to become involved in some area of training started work in 2002 on a part-time basis with the Senior Citizens Parliament, eventually becoming its development officer before successfully applying for the post of CEO in 2007.

The following year the organisation achieved national prominence with its successful campaign against the medical cards issue, although Mairead points out that since then the thresholds for the over 70s who qualify for a medical card have been lowered.

The not-for-profit, non-political Senior Citizens Parliament, based in Fairview Strand in Dublin, is celebrating its 20th anniversary this year. It has a 21-person executive, divisions in some areas of the country and John Walsh from Mooncoin was recently elected president. Since 1994 it has advocated with, for and on behalf of older people on a whole range of issues to ensure that they have adequate income and access to services.

“The basic pension rate has remained the same but several cuts introduced in recent years have affected people”, says Mairead. The bereavement grant has been done away with while the majority of the household benefits package has also been abolished, including the free phone allowance, while free units that contribute towards heating and electricity bills have been reduced. Medical prescription charges is another “huge issue” for those who have medical cards. “The loss of the medical card for older people is a cause of major concern as it is, for many, a means of accessing services which are vital to them if they are to be supported to live at home as they age. Reform is urgently needed to restore confidence in the Health Service”.

Mairead Hayes makes the point that some older people are looking after their grandchildren five days a week while others are financially supporting their adult children.

She believes that for older people adequate income is all about having enough to live on, being able to pay your way and have a night or a day out without worrying about the cost.

She says that for the last six years the Parliament’s role has been mostly about helping older people survive instead of making progress on issues. She wants Budget 2015 to redress some of the cuts that older people have had to endure. While recognising that the country has come through an era of austerity and that everybody has to take their share of cuts, she regards the basic pension rate, the travel pass, television licence and timely access to health services through a medical card as untouchables.

“The Parliament is in favour of having a minister solely responsible for older people and also supports the introduction of the national Positive Ageing Strategy, which was published by the government but never implemented”, she added.