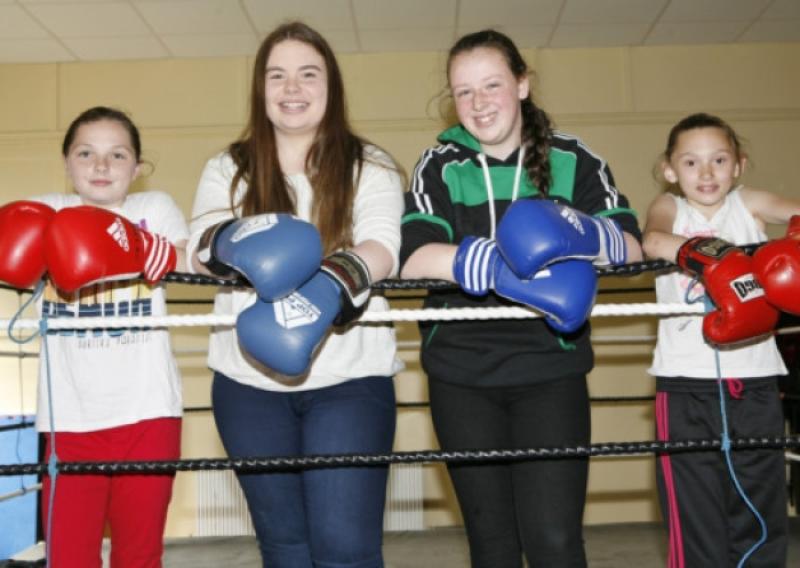 Five young Carrick-on-Suir female boxers, who won national titles or reached national semi-finals this year, have been honoured by their club.

Five young Carrick-on-Suir female boxers, who won national titles or reached national semi-finals this year, have been honoured by their club.

St Nicholas Boxing Club hosted an awards ceremony for the four juvenile boxers, who beat the best in the country at the national girls boxing championships in Dublin last month.

Twenty-four year-old Emma became the Club’s first ever female boxer to win a national title when she defeated Dublin boxer Shannon Byrne in the final of the Novice Intermediate Women’s Boxing Championship at the National Boxing Stadium in Dublin in January.

Sixteen year-old Holly O’Shea, who clinched the national title with a walkover in the final of Youth 1 contest, and 12 year-old Clara Norris, who won the Girls 75kg national title, were presented with their medals.

This was the second year in a row that Clara Norris had won a national title in the championships. Last year she won the Girls 70kg contest.

Holly O’Shea, meanwhile, has been invited to train this summer with the Irish senior cadets boxing team that will compete for a European title in Italy in August. It’s a major achievement for the Carrick teenager, who only started boxing just over six months ago.

St Nicholas Boxing Club Secretary Anthony Benesch said the success of these female boxers this year has been fantastic boost for the Club.