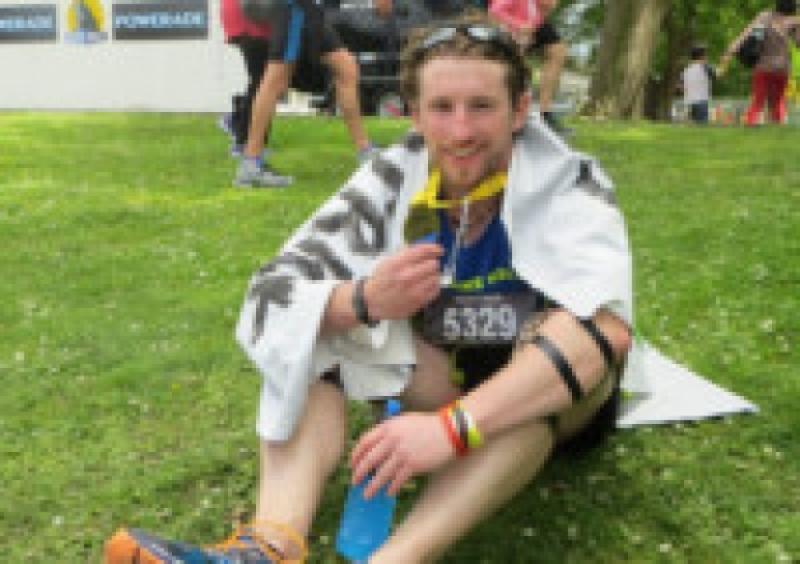 A young man who was told he might never walk again has just defied the odds and finished a marathon.

A young man who was told he might never walk again has just defied the odds and finished a marathon.

Three years ago Patrick Gibbs, whose family are from Ballypatrick, Clonmel, was seriously injured in a horrific car accident that killed his girlfriend. They had just returned to their home in Australia from a visit home to their families in Ireland.

In a remarkable tale of recovery and determination, just last week Patrick ran the Auckland marathon. He even raised over €12,000 for charity as part of his effort.

Patrick emigrated to Australia to find work and when he returned home for that visit things were looking good - he was working as an engineer and, as he says, had the girl of his dreams by his side.

Six months in hospital followed for Patrick. Many operations to repair his damaged legs and despite his hope to return to sports his doctors were not hopeful. But this made him even more determined to prove them wrong by not just walking again but running a marathon - a dream he has now fulfilled.

Patrick was also inspired by his aunt. Having already defeated breast cancer, this year she was diagnosed with brain cancer. This is why Patrick decided to run the Auckland marathon and raise funds for the Child Cancer Foundation. You can read more about Patrick’s story, his inspirations and you can still donate to his fundraising at https://teamccf.everydayhero.com/nz/patrick

Patrick’s father Jim Gibbs is from Ballypatrick, where they family spent many happy visits and holidays. Jim, and Patrick’s mother Eileen, now live in Limerick but there are many cousins still in Clonmel who are very proud of Patrick.