Tipperary Wheelers helping athletes on the road to Rio 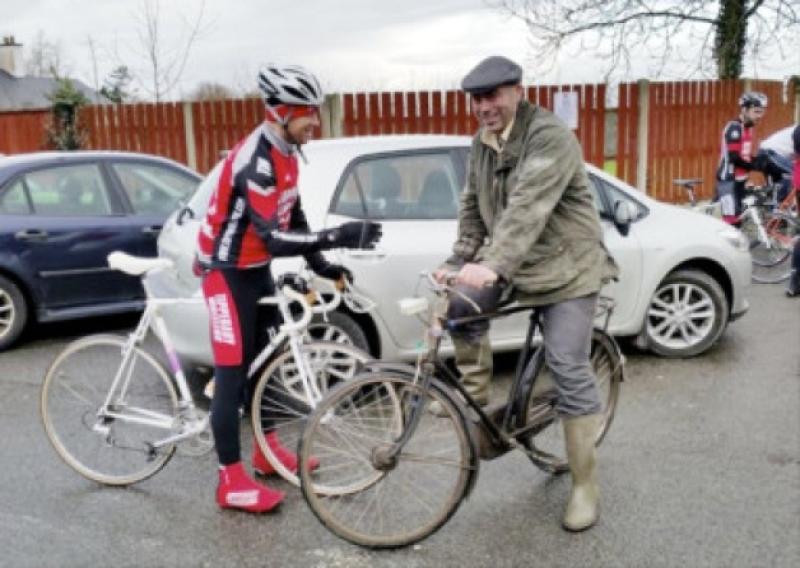 The Tipperary Wheelers club ended a great 2014 with their annual, ‘Ride of the Turkeys’, with 115 riders taking part aged from 12 to 75 years old.

The Tipperary Wheelers club ended a great 2014 with their annual, ‘Ride of the Turkeys’, with 115 riders taking part aged from 12 to 75 years old.

“The event is now in its fifth year and is growing from strength-to-strength, said Chairperson Pat Gallagher.

“This year the proceeds will go to two of our own members, Martin Gordon and Dermot Radford, who will be representing both club and country on a tandem in the Paracycling Championships with the ultimate goal being Rio 2016.”

Martin Gordon is originally from Sligo but currently resides in Dublin city with his partner Louise and guide dog Gola. He has been cycling for a few years but has since been discovered as having international potential and is currently a member of the National Development Squad and is on the Fast Track Development Programme. Early in 2014 the head coach of the National Paracycling squad contacted Tipperary Wheeler Dermot Radford to trial the pair together. That trial was successful and the two cyclists developed their skills on the tandem.

During 2014 they competed in Belgium, Bilboa and represented Ireland in a World Cup in Sergovia, Spain. They are currently training for a track international as they continue to develop as a tandem team and look forward to a number of other international events in 2015.

The Tipperary Wheelers Cycling club was formed in 2010 with 120 members registered in 2014 under the guidance of current chairman Pat Gallagher. Pat developed the leisure cycling side of the wheelers that has rapidly grown and serves as a great introduction to cycling for any interested parties. The highlights for the leisure cyclists was taking part in a charity event with 9000 cyclists taking in the scenic route the Ring of Kerry in July and the clubs ‘Summer Night Rider tour with 50 Wheelers completing a 50km spin that included a refueling stop in ‘The Local’ in Doon.

The Tipp Wheelers take part in lots of events during the year including: Duathlons, Triathlons, Cycle Sportives & Time Trials, and various 5k, 10k full and half marathons. They have members that compete at top level including race pedigree Danny Bresnan. “Danny deserves great credit for the year he put in representing the club in many road races and coming back with a brilliant A2/A3 6th place finish in the Tralee GP,” said Pat.

The club also congratulates new Ironmen: Paddy O’Callaghan Richie English and Sean Bryan for completing the Bolton UK Ironman Triathlon in July 2014. Each of them swimming 3.8km, cycling 180km and running 42.2km and all well under the 17hour cut off.

The Tipp Wheeler’s league proved very popular last summer with 79 cyclists participating in the 8-week league. Cyclists from Clonmel CC, South Tipp CC and the Raparee club supported the event that was won by James Williams from South Tipp CC with Tipp Wheeler Martin Breen finishing in 5th place for the club.

The club is looking forward to events in 2015 and Chairman Pat Gallagher would like to thank all those supported the Ride of the Turkeys Liam Brenan in the Tipperary Golf Club, Keith Coyle our bike mechanic for the day and in particular the neighbouring: Raparees Cycle club, Galbally cycling club, South Tipp cycling club and Slievenamon cycling club.