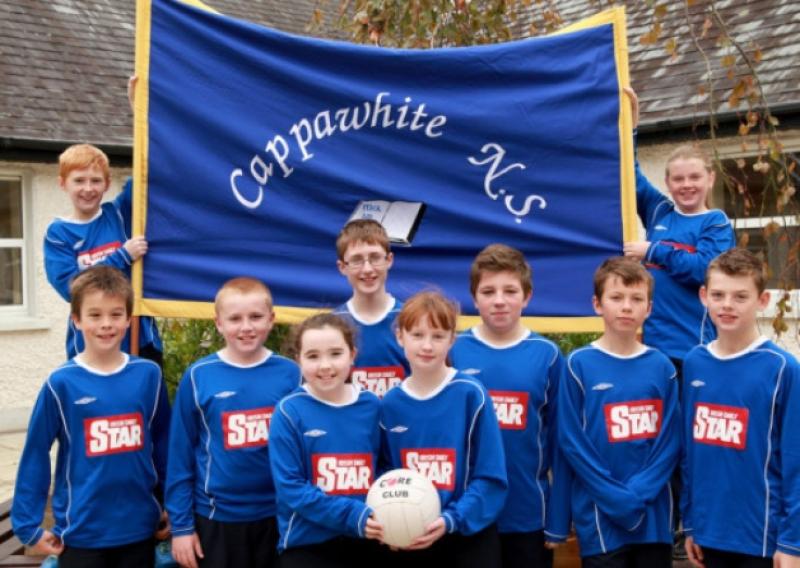 The Parents’ Association of Cappawhite National School has launched a school calendar for 2015 featuring all ninety pupils in the school.

The Parents’ Association of Cappawhite National School has launched a school calendar for 2015 featuring all ninety pupils in the school.

“The committee were anxious to feature the many aspects of school life in Cappawhite N.S., including: art, sport, literacy, and information technology,” explained Principal Alice Flynn. “Two important features of the calendar are Tir na nOg preschool and the Parent and Toddler group. Both of these groups are an integral part of school life in Cappawhite N.S.” she said.

Also featured is the new playground equipment that was installed last year from fundraising events.

Capawhite N.S. promotes varying aspects of school life, including academic, sporting activities, environmental issues and health promotion. Currently the school is working on its 5th Green Flag based on the bio diversity theme. “We have an active Green School’s committee, which has organised a wild life garden and willow sculptures in the school grounds. It is hoped that our fifth Green flag will be awarded during 2015,” added Principal Flynn.

The school also believes sporting activities are of prime importance and they secured a total of 20 medals in the Tipperary Cross Country Finals. The Principal acknowledges that this success is based on the establishment of an athletics track in the school grounds. This track is widely used by both pupils and parents and features in the R.T.E. Operation Transformation programme.

Cappawhite N.S. is one of two schools in Co. Tipperary who are registered as, ‘Health Promoting Schools’ and with i-pads and laptops being used from junior infants to sixth class, the school also hopes to achieve, Digital School of Distinction status this year.

Most of the school’s many activities and day-to-day life are featured in the new school calendar and the school principal and committee wishes to thank the support of many local businesses that sponsored the printing.

“I’d like to acknowledge the support from the Parents’ Association, the Board of Management and the wider community of Cappwhite,” added Principal Flynn.The calendar is on sale in the school and in Centra Cappawhite.All proceeds are in aid of school funds.