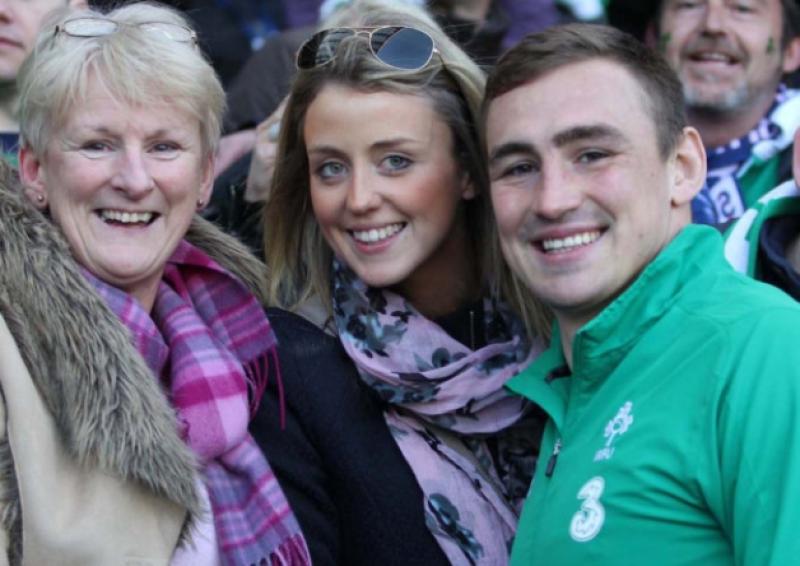 It was a special day for Tipperary’s Tommy O’Donnell on Saturday as he was part of the Ireland squad that won the Six Nations Rugby Championship in dramatic circumstances at Murrayfield in Edinburgh.

It was a special day for Tipperary’s Tommy O’Donnell on Saturday as he was part of the Ireland squad that won the Six Nations Rugby Championship in dramatic circumstances at Murrayfield in Edinburgh.

The former Grange NS pupil wasn’t on the team for Saturday’s concluding game but had been a key member of manager Joe Schmidt’s panel for the championship.

Indeed an O’Donnell score contributed to Ireland’s points tally that helped to secure outright victory - he scored a superb try in the opening game against Italy in Rome.

It was that points total that denied both Wales and England on a final day of unprecedented drama.

O’Donnell is part of a backrow set up that is one of the side’s strength, alongside Sean O’Brien, Peter O’Mahoney, Jamie Heaslip and Jordi Murphy.

Indeed it is the quality of that sector that has restricted the Tipp man’s appearances in this year’s campaign.

However he is likely to be a key member of the panel again for the World Cup in the autumn when Ireland will be among the top three or four contenders.

He now joins fellow Tipp man Denis Leamy as a championship winner in recent years, Leamy being part of the Grand Slam winning side.

That achievement escaped O’Donnell and the team this year but putting championships back to back was the first in over sixty years and has created a niche in Irish sporting folkore for the players.

And everyone in Tipperary congratulates O’Donnell on his part in that.