Carrick-on-Suir Town Councilâ€™s elected members have voted to leave their representative body, the Association of Municipal Authorities of Ireland, and plan to use â‚¬3250 allocated for their yearly membership fee to paint the railings of the townâ€™s Dillon Bridge.

Carrick-on-Suir Town Councilâ€™s elected members have voted to leave their representative body, the Association of Municipal Authorities of Ireland, and plan to use â‚¬3250 allocated for their yearly membership fee to paint the railings of the townâ€™s Dillon Bridge.

The Council voted by a narrow majority of four to three to leave the AMAI at their annual budget meeting last week with most of those in favour of the move critical of the organisationâ€™s record in fighting to save town councils from abolition.

The meeting heard that the AMAIâ€™s future is short anyway as itâ€™s facing amalgamation with the Local Authority Members Association, which represents city and county councillors.

The proposal to disaffiliate from the AMAI came from Independent Cllr Pierce Oâ€™Loughlin after he saw the annual membership fee cost the Council â‚¬3250 a year.

â€œI think itâ€™s a disgrace to give the AMAI money. Itâ€™s like giving money to a trade union. What benefit is it to the town or to the Council,â€ he asked.

Cllr Bourke said he had a problem with the Council paying the AMAI contribution because he felt the AMAI had let town councils down.

â€œThey were supposed to be our representatives but they sat on their hands and did nothing for the council in this country. I would be totally against this money being paid,â€ he declared.

But one of the Councilâ€™s two AMAI representatives Cllr Margaret Croke pointed out that their former colleague Senator Denis Landy was nominated by the AMAI for the Seanad and he had fought for the councils throughout Ireland and continued to fight for them as a Senator.

She maintained that the AMAI had fought endlessly to save town councils.

Independent Cllr Patsy Fitzgerald agreed. He thought Cllrs Loughlin, Bourke and Cooney-Sheehan were acting a bit hastily and suggested that councillors continue their AMAI membership for this year and then see what happens.

But Cllr Sylvia Cooney-Sheehan was adamant the AMAI shouldnâ€™t get a penny more from Carrick-on-Suir Town Council and said Carrick-on-Suir needed the money more than the AMAI.

â€œThe AMAI did nothing for the town councils. I think it would be a disgrace for the Council to continue to give it â‚¬3250,â€ she thundered.

And she told Cllr Croke she totally disagreed with her comments about Senator Denis Landy and disputed her view that he had fought the good fight on behalf of town councils.

Referring to his previous roles as the AMAIâ€™s president, she said he had been well paid in the AMAI and got a big job in the Seanad arising from his involvement in the organisation.

â€œHe has not stood up for us, not said anything on the radio to support us. I totally disagree with you,â€ she said to Cllr Croke.

Town Clerk Michael Oâ€™Brien advised the elected members that if they left the AMAI it would end the role of their two appointed AMAI delegates.

On hearing this, Cllr Bourke said that while he felt very strongly that the AMAI did nothing to the Town Council he wouldnâ€™t vote to disaffiliate from the body if it meant the Councilâ€™s two AMAI delegates would lose their positions. He signed an agreement when he joined the Council on the organisations that different councillors were to be nominated to and he wanted to honour that agreement.

Meanwhile, Cllr Fitzgerald tabled a counter proposal that the Town Council continue to pay the AMAI subscription for the next year under protest.

But when Cllrâ€™s Loughlinâ€™s motion was put to a vote it was passed by four votes to three. Cllrs Cooney-Sheehan, Richie Oâ€™Neill and the Mayor Liam Walsh joined Cllr Oâ€™Loughlin in voting to disaffiliate, which Cllrs Croke, Fitzgerald and Bourke voted against.

Later on at the meeting, Cllr Oâ€™Loughlin suggested the Council spend the â‚¬3250 money originally allocated for the AMAI membership on painting the railings of Dillon Bridge.

Following discussion of the issue, Town Clerk Michael Oâ€™Brien agreed to seek five quotes for the cost of the project and if the AMAI money came close to covering the cost or the project cost a reasonable amount above â‚¬3250 they would use it to paint the bridge.

Cllr Bourke, who has lobbied for several years to get the bridge painted, said he costed the job at about â‚¬3000 during his first year on the Town Council. 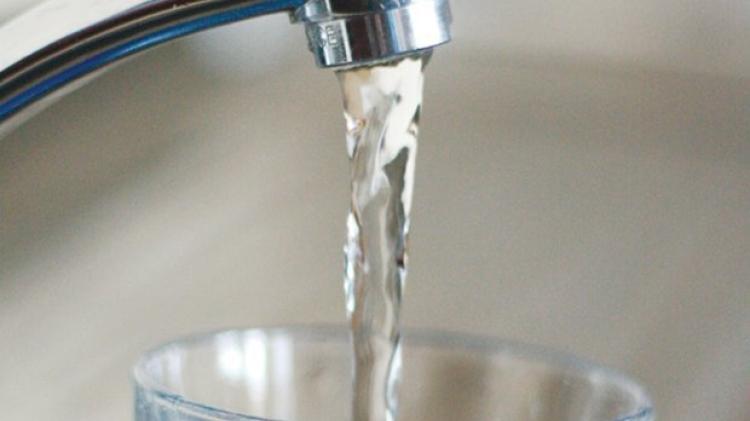