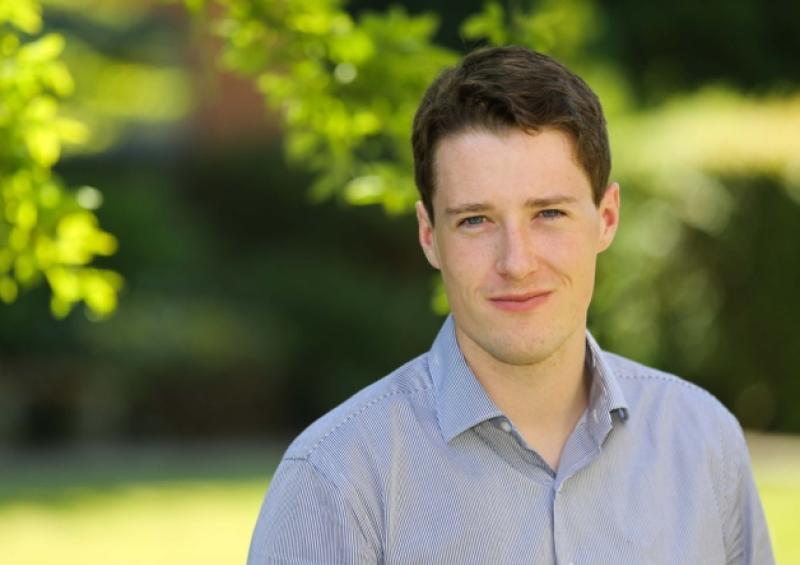 A Cahir man is one of just 37 Irish students who have been awarded prestigious Fulbright Scholarships to study in the United States.

A Cahir man is one of just 37 Irish students who have been awarded prestigious Fulbright Scholarships to study in the United States.

Kieran McCarthy, a former Rockwell College student, was last week named as one of Irelandâ€™s students who will travel to the four corners of America on their awards this year. Kieran is off to study at Georgetown University in Washington DC, following in the footsteps of his aunt, Dr Marie McCarthy (also from Cahir) who won a Fulbright Scholarship to study music at the University of Michigan in 1988, where she is now a Professor of Music Education.

Kieran spent a year at Lâ€™Institut dâ€™etudes Politiques de Paris where he completed his Masters in International Affairs. He will pursue a LL.M. with a concentration in International Economic Law at Georgetown University. He graduated with a first class honours degree in Law with History in September 2012, from UCD.

â€œI hope to focus on the issues facing Ireland today, namely the clash between international economic institutions and domestic economic governance, and the role of states and private investors in todayâ€™s quickly globalising world. I am also looking forward to seeing more of the US after a J1 spent in the US federal courts in Chicago in the Summer of the 2012, including all the wonderful sites of the capital city itself,â€ Kieran said.

Fulbright Awardees were announced at an event on MS The World, sponsored by a U.S. Fulbright alumnus, Dr. Jack Pinkowski and his wife, Mrs. Monica Pinkowski, as part of The Gathering, on July 12. Since 1957, Fulbright Awards are given annually by the Irish and U.S. governments and provide Irish students, scholars, and professionals with the opportunity to study, lecture, and research at top universities and institutions in the United States. Kieran, from Ballymacadam West, Cahir, is the son of John and Bernadette McCarthy, a GP and a medical ophthalmologist, in Convent Road, Cahir. He has a younger brother Brian