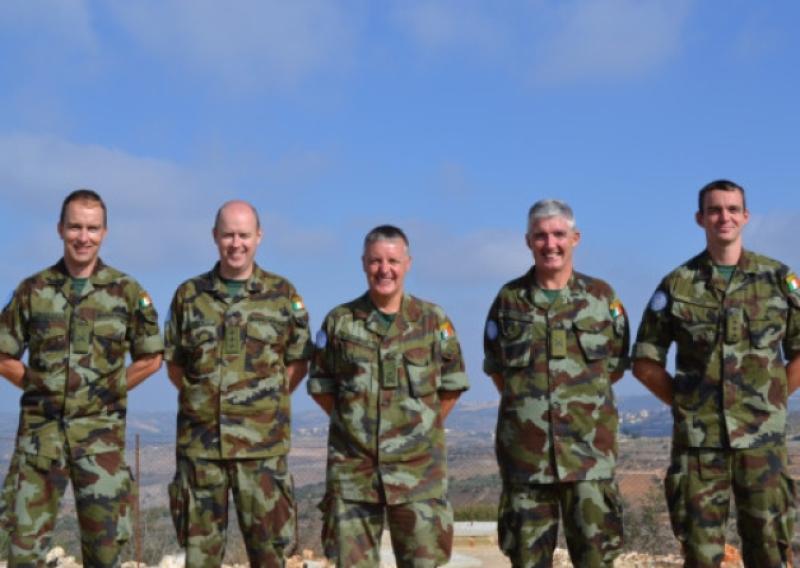 Four past pupils from Clonmelâ€™s High School are currently serving with the 108 IRISHFINN Battalion of UNIFIL (United Nations Interim Force in Lebanon).

Four past pupils from Clonmelâ€™s High School are currently serving with the 108 IRISHFINN Battalion of UNIFIL (United Nations Interim Force in Lebanon).

The Irish Defence Forces have over 330 personnel deployed in Lebanon of which 22 are from parts of Tipperary.

Also serving in Lebanon is Lieutenant Colonel Anthony McKenna who is currently the Officer Commanding the 108 IRISHFINN Battalion and resides in Cahir, when not on UN duty. Lt Col McKenna has 32 years experience in the Irish Defence Forces. Commissioned as an officer into the Infantry Corps, he has held a wide range of appointments in the Irish Defence Forces home and overseas, with operational experience over the course of his career as a Platoon Commander, Company Commander and Battalion Commander.

He has also served as a Staff Officer in Defence Forces Headquarters (DFHQ) in both Operations and Human Resources Sections. Lt Col McKenna has served with previous Irish units: in Lebanon as a Platoon Commander, in Somalia as a Liaison Officer and as a Battalion Operations Officer in Chad. He has also served as an Observer with Observer Group Lebanon and Golan, as a Monitor with the European Union in Bosnia and as a Staff Officer in Force Protection in ISAF HQ Afghanistan. Lt Col McKenna is a graduate of the Infantry School and the Irish Command and Staff School. He holds a Masters Degree in Leadership, Management and Defence Studies from NUIM and a Masters Degree in Human Resource Management from University College Dublin.

Those pictured send their â€œbest wishes and continued success to Tipperary in their pursuit of All-Ireland glory and will be following their progress closelyâ€.