Father and son saved on Suir 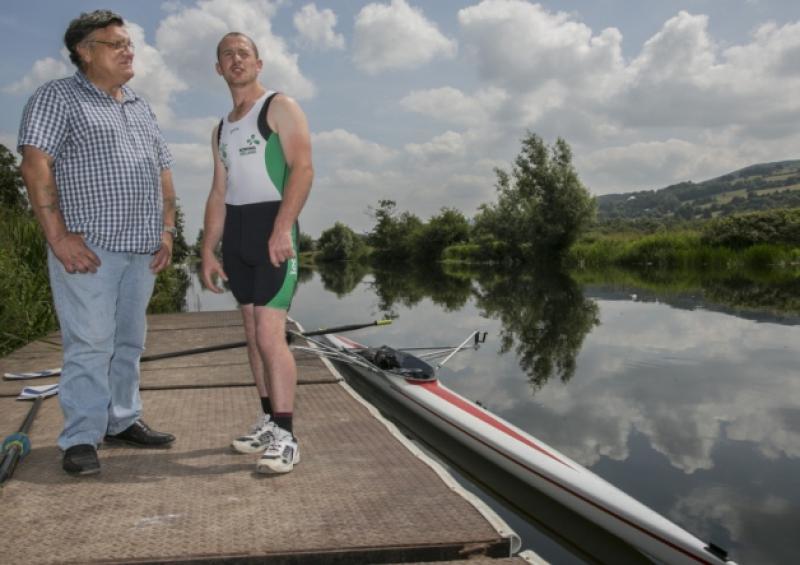 A father and his nine-year-old son who were thrown into the waters of the River Suir when their boat capsized were central to a dramatic rescue by a passing rower, in Clonmel last Tuesday.

A father and his nine-year-old son who were thrown into the waters of the River Suir when their boat capsized were central to a dramatic rescue by a passing rower, in Clonmel last Tuesday.

In what had the potential to turn to tragedy, the quick actions of an Irish international paralympic rower ensured the man and his son made it home safe after a pleasant evening outing turned deathly serious.

Kevin Wall was out training in his single scull boat last Tuesday at about 8pm when he heard a faint cry for help. He spotted something red in the water, just above the Convent Bridge, and immediately realised it was a capsized boat with two people in difficulty in the water, and sprung into action.

The little boy was clinging to one end of an upturned boat and his father was trying to right it, but couldnâ€™t.

â€œI sprinted down to the boat. I was in a single scull which is difficult to get out of at a slip, never mind when there is no slip, so I pulled right in to the bank and stepped out into waist-deep water. I waded out to chest-deep water and grabbed one end of the boat and pulled it in to where there was a little bit of sand to stand on. The father seemed to be struggling. I helped him in to the bank and eventually he was able to stand. They must have been in the water a good bit before I heard them, he was struggling to keep afloat and to keep his son afloat.â€

The Lumleyâ€™s boat was a Canadian canoe, a wide, open-topped boat that Kevin knew had to be lifted out of the water before it was turned or it would just scoop up water. Michael hadnâ€™t the energy to right it by himself but between the two men they were able to turn it. â€œWe were blessed that piece of land was there, Michael and I were sinking into the silt,â€ Kevin told The Nationalist.

He helped Michael and his son back into their boat and they rowed to a shallow spot where they were met at the riverbank by emergency services, alerted by a lady who had been out walking her dog and spotted the drama unfold. Gardai, the fire service in aqua gear and an ambulance had all rushed to the scene, and attracted a crowd of stunned onlookers on the Convent Bridge.

The little boy was very brave throughout the experience. As soon as he reached dry land he was checked out by an ambulance crew but was well enough to go home. Kevin stayed with Michael and rowed alongside him as he returned to the Workmanâ€™s Boat Club with his canoe.

Kevin had been on the river training for a place on the Irish team at the Paralympic Games in Rio in 2016. He rowed for Ireland in an international regatta in Italy last year, narrowly missing a place on the Ireland team at the London Paralympics. A former vice-captain of Clonmel Boat Club Kevin is now working part time as a barman, but is a qualified mechanic. He was born with cerebral palsy.