A hoard of 81 gold coins dating from the 17th century that was found by builders working on a Carrick-on-Suir town centre pub has been hailed by the National Museum of Ireland as one of the most significant discoveries of its kind ever in Ireland.

Minister for Arts, Heritage & Gaeltacht Jimmy Deenihan and European Commissioner for Education, Culture, Multilingualism and Youth Androulla Vassiliou will this morning (Wednesday) view the hoard of coins found at Cooney’s Bar on Carrick-on-Suir’s Main Street at the National Museum on Dublin’s Kildare Street.

The coins, dating as far back as 1630, were unearthed around 12 noon on Monday, January 14 by construction workers employed by building contractor Shane Comerford from Breanormore, Grangemockler while they were digging out a hole to lay a concrete pad in the front bar area of the pub that has been closed for the past three years.

The coins were laid in a line together and the National Museum believes they may have been wrapped and held together by some material in the past that has not survived.

The find consists of 81 gold coins dating to the reigns of Charles II, James II, William and Mary and William III.

A National Museum spokesperson said no comparable 17th century hoard of gold coins has been found in Ireland since the discovery in Portarlington, Co. Laois, around 1947, of a hoard that contained little over 100 gold coins as well as some silver coins.

According to the National Museum, the coins have yet to be examined in detail but they appear to be mainly Guineas and a small number of half Guineas.

The Guinea was a British gold coin minted by the Royal Mint between 1663 and 1814 and they were called ‘Guineas’ because the gold used in making some of them came from West Africa.

Marie McMahon, curator of South Tipperary Museum in Clonmel, who was at Cooney’s Bar last Wednesday while the archaeological examinations were taking place, hailed the hoard of coins as South Tipperary’s most important archaeological find since the discovery of the Derrynaflan chalice in the early 1980s.

She said the coins were in very good condition but there wasn’t any clues as to why they were there. The premises they were found in may have been built on the site of one of Carrick-on-Suir’s old lanes.

Ms McMahon said South Tipperary Museum hoped in the future to be able to display the entire collection of coins. If that was not possible for insurance and security reasons replicas of the coins would be made and put on show.

She said the value of the coins has still to be fully determined by the National Museum, which has yet to carry out a thorough examination of them.

“It’s very exciting to be involved in such an amazing find and it’s fantastic for the National Museum. The coins are stunning, absolutely beautiful. It’s a great story for Carrick-on-Suir,” she told The Nationalist.

Ms McMahon and the National Museum have paid tribute and thanked the construction workers and Mr Kiersey for handing over the coins to the authorities.

David Kiersey, who owns Cooney’s Pub popularly known in the town as Cleggs, was on site when construction worker Shane Murray found the coins in a recess in the front bar area opposite to where the bar counter used to be.

He said most of the coins were lying in a cylindrical row like what you might get in a bank. “To be honest, I was kind of sceptical when we first saw them but Shane knew instantly they were gold and he turned out to be right.”

David and building contractor Shane Comerford consulted their solicitors about the coins. They were informed they were the property of the State and they had 96 hours to declare them.

Shane Comerford handed the coins over the to gardai at Carrick-on-Suir Garda Station 72 hours after they discovered them and the gardai passed on the hoard onto South Tipperary Museum.

Archaeologist Isabella Mulhall from the National Museum visited Cooney’s Bar last Wednesday, January 23 and carried out a detailed examination of the site throughout that day that included a survey using a metal detector.

Mr Kiersey said Ms Mulhall was satisfied after her examinations that there was no more treasures or artefacts to be found at the bar and he has since secured permission from the National Monuments Service to continue the construction works on the premises, which he is planning to re-open for business later this year.

Building contractor Shane Comerford said the hoard would never have been found only they had to made a last minute change to one of the concrete pads they were installing in the floor to hold up steel structures to support the building.

“When Shane Murray showed them to me I just threw them on the ground and told him to keep digging and get the concrete laid. I thought they were ten a penny things,” he recalled.

When Mr Comerford returned a few minutes later the workers had taken a closer look at the coins and discovered they dated back to the 17th century. He believes the recess in the front bar area of Cooney’s where the coins were found may have once been an old door opening or a fireplace.

He said he had no hesitation in handing the coins over to the Gardai as he reckons you’d never have luck for keeping one of them.

The builders and Mr Kiersey may be in line to get a reward from the State for handing over their discovery. David Kiersey said it was at the discretion of the State to decide what to give the finders of national treasure like these coins. 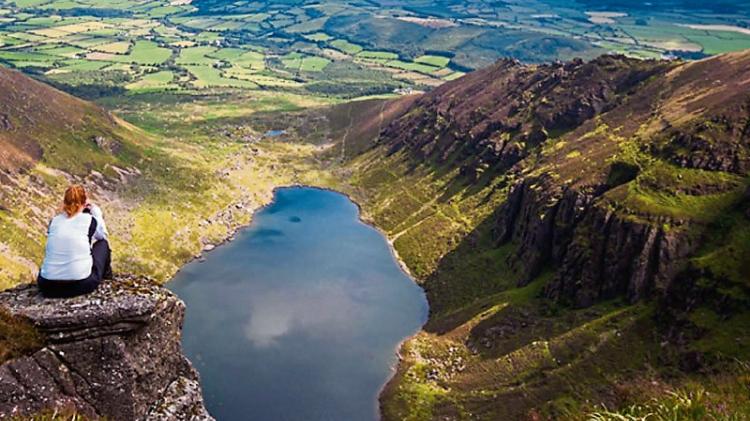