Over €15,000 raised in fundraising drives for invaluable service 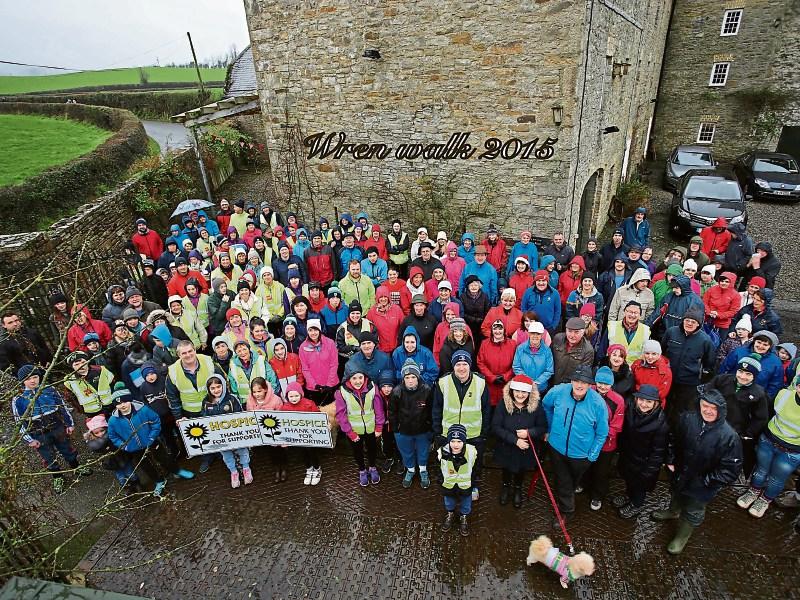 2015 was another very successful year for the fundraising committee of Roscrea Hospice.

Sunflower day was held this year as usual at Bernie’s Supervalu, Tesco and Dunne’s and we received a terrific response. Our coffee morning raised over €4,000 at various locations.

August saw the inaugural 24 Hour Sponsored Stationery Cycle which took place outside Shaws and raised over €6,000.

Forty eight brave souls volunteered to cycle a stationery bicycle for 30 minutes each. People got out of their beds at all hours to take part.

The event was a huge success and we intend to run it again in 2016.

We were aided by Roscrea Cardiac Group and Jason and Simon Simmons and Declan Ryan and Ger Brerton.

Grateful thanks to all who took part and to Velo Cycle shop in Birr.

Our Christmas raffle this year included Winnie’s Christmas cake and Supervalu hampers. It raised over €3000.

€2,029 was raised and our thanks to Bill Smith, Dinny Quirke and Colin Williams for the entertainment and of course to Marcus and Irene Sweeney.

The hospice receives donations each year from individuals and other groups and as you can see it all adds up.

The common denominator in all our fund raising initiatives is people.

People give their time and their money and that’s what it’s all about. Thank you to each and every one of you.

All committee members are requested to attend and we would also like to invite anybody interested in joining our fundraising initiatives.