Young Scientist Exhibition at the RDS 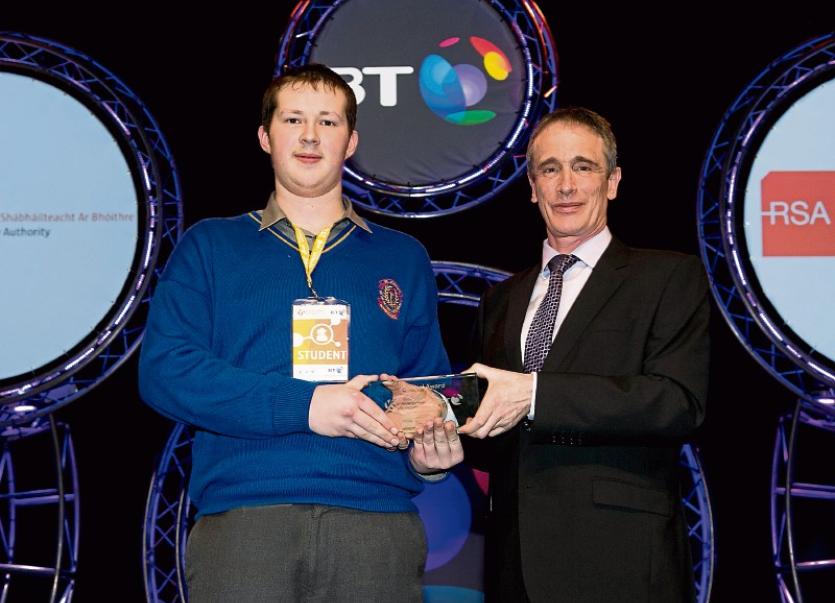 After three jam packed days the award winners were finally announced at the 52nd BT Young Scientist competition in the RDS and Tipperary's student representatives did not disappoint.

Competition for a place at this year's exhibition was at an all time high with over 550 entries on show from schools across the country. Twenty projects from Tipperary schools earned their place in the RDS with eight of those entries receiving credited recognition from the judging panel.

Students from St. Joseph's College Borrisoleigh swept the board on awards day taking home five of the eight awards handed out to Tipperary entrants.

It was the second year of success for students Jack Ryan and John O'Meara having previously topped the prestigious Psychology category at last year's final. This year both students took home individual awards for their respective projects Arrive Alive and The-Mastitis Meter. Transition year student John Ryan received a Highly Commended award for his App “Arrive Alive” in the Intermediate Technology division as well as a special award sponsored by the Road Safety Authority. Meanwhile budding inventor Jack O'Meara also scooped double honours for his proposal the "Mastitis Meter" which aims to identify a mastitis infection in a dairy cow before the animal’s milk enters the bulk tank. The fifth year student developed his genius idea last summer when he got a job milking cows. His project went on to scoop third place in the Chemical, Physical and Mathematical senior individual division as well as the special Teagasc award.

Elsewhere CBS Carrick-on-Suir student Declan Duggan may well have helped to dispel any myths of birds being unintelligent creatures after demonstrating that crows can learn complex behaviour from each other.

Megan Fitzgerald from Clonmel Presentation also impressed with her project on the affects of ammonia in water on horses. Her research into solving dehydration in horses helped the student to take third place in the senior individual category with a prize fund of €300.