Signatures for Harry Gleesons reprieve now at The Source 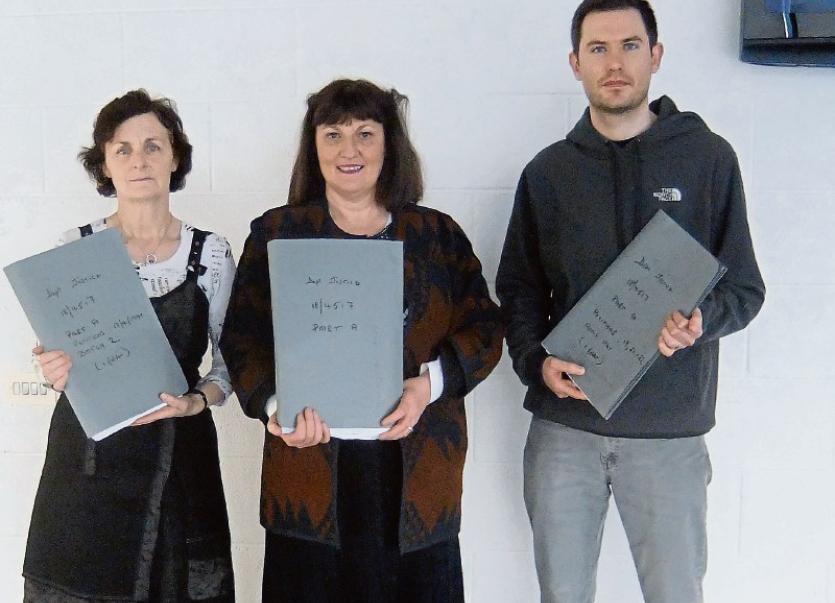 The daughter of one of the key witnesses at the trial of Tipperary man Harry Gleeson, who has just been posthumously cleared of murder- the first such pardon in the history of the State - has placed copies of the petition signatures at The Source Library where they can be viewed.

The hanging of Harry Gleeson for the murder of Mary 'Moll' McCarthy at Marlhill, New Inn became a national news story as the Holycross man pleaded his innocence to the last.

At the time a petition was gathered to have him released and hundreds from Tipperary signed the petition. Now, these papers can be seen for the first time at The Source and throw a lot of light on who supported Harry in his cause for freedom.

Bernadette O'Gorman, originally from Rossmore, is the daughter of one of the key witnesses in the trial - incredibly however, he was not called to give evidence eventhough he was present in the court. And, Bernadette has now placed all of those documents in The Source for display.

“Now the people of Tipperary can go in and see for themselves if their people signed or make whatever historical study they wish.

“My late father Billy, who was in a harvesting partnership with Gleeson and who attended the trial as a witness, (and whom along with Harry’s aunt and uncle was among the crucial witnesses for Gleeson who was suppressed) collected 2,000 signatures and his were among the first 4,500 that arrived in the Department of Justice on 15th April 1941, in time for the Cabinet meeting on 18th.

At least another 2,000 arrived in on 16th, 17th and 18th. Some signatures which had been collected didn’t arrived until the 23rd after Harry was hanged but the Government was on notice that they were collected.

“This is a most important historical document. Nearly every family in Marlhill and New Inn and surrounds signed and most of these and thousands of signatures from Holycross/Galbertstown were among the first batch to arrive. Several hundred signatures from the Dublin area were collected and from Limerick, Kilkenny and Waterford.

“The signatures crossed all political divides and such persons as the Thompsons of Barnane Castle signed. What this petition shows is the vast gulf that existed between the Government of the day and the people of the country”.

“In the words of John Timoney, Gleeson’s solicitor, his case shocked the public conscience”.

“ The petition only got underway on 8th April and most of them collected in the rural areas were collected by bicycle as there was no petrol because of the war”.

“More tragically, there is no evidence that the petition was ever brought to the attention of the Cabinet when it met on Good Friday 18th April 1941 to consider clemency,” she stated.

“The incumbent Minister cannot clarify and the Cabinet minutes are either suppressed or destroyed,” Bernadette O'Gorman told The Tipperary Star this week.