Pearse letter lives on in Tipp 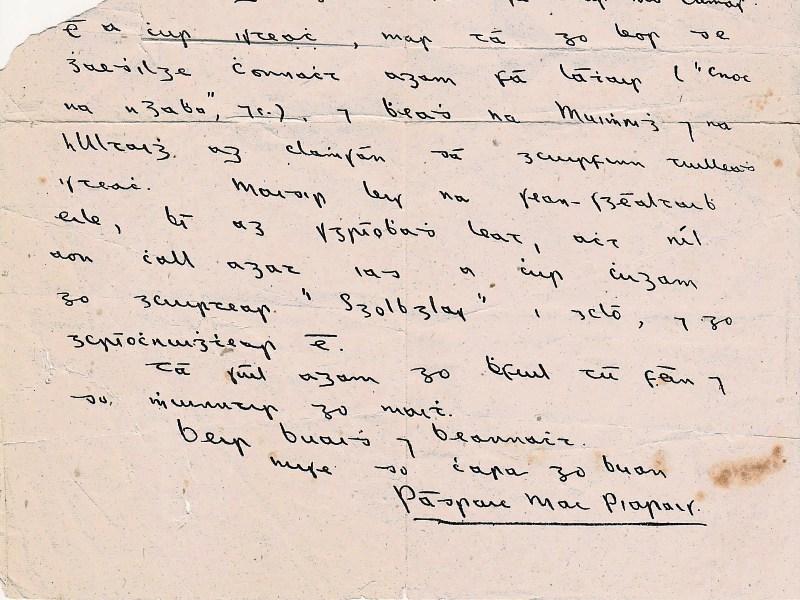 A 112 year old letter from one of Ireland's 1916 leaders has finally found a place to call home in Tipperary.

The letter, which is written in Irish, was sent from the Irish teacher and political activist Padraig Pearse on October 19, 1904 to an unknown contributor to the newspaper “An Claidheamh Solais” which Pearse was editor of.

In the letter Pearse apologises to the contributor who lives in the Connaght Gaeltacht area for not including his writings in the publication as there had been an unprecedented volume of articles sent to him by Connaught writers and Pearse did not wish to upset writers from Munster lest they begin to “clamhsan” or “whinge.” Pearse then follows on by saying it would be sometime before the article would appear.

The letter was discovered by a Thurles woman whose father was a Professor of Irish and often translated documents.

“My father did a lot of translating and found the letter hidden in a book he was working on.”

“It's a wonderful piece of history to have. It is now our duty to safeguard this letter for another 100 years,” said the owner of the letter who wished to remain anonymous. The letter, which was written from the office of the newspaper An Claidheamh Solais on O'Connell Street, was written a year after Pearse was appointed editor at the age of 23. He continued in the role until 1909.

To date the letter has also spent time in Clare, Killaloe and Limerick; however it's owner says it will now be permanently located in the heart of the premier county near Thurles.