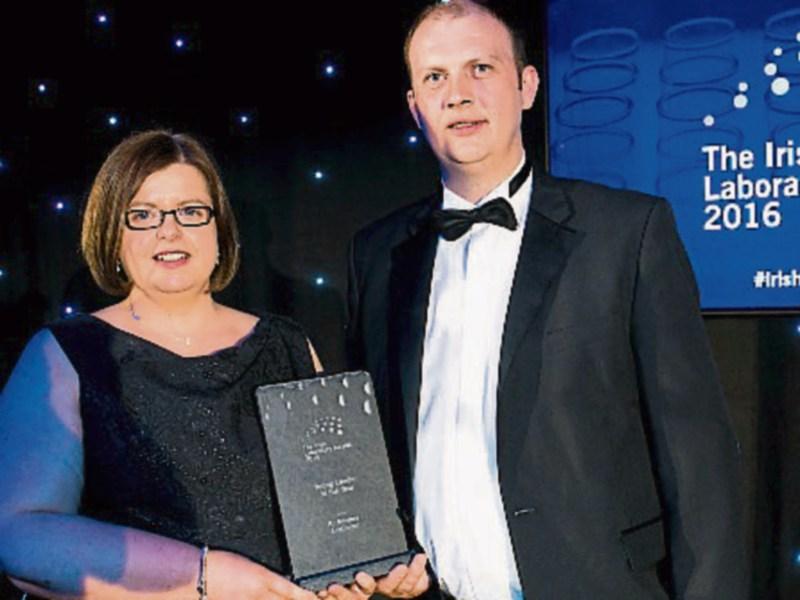 A Tipperary scientist has been named as a “Young Leader of the Year” at the Irish Laboratory Awards in Dublin.

PJ Moloney from Balllingarry in County Tipperary was selected for his contribution to scientific advancements in Ireland as Founder and CEO of EireChrom which has offices in Clonmel and Cork.

Since starting in 2013, EireChrom has grown to become Ireland’s market leader in the highly specialised area of Mass Spectrometry which focuses in advanced separation science techniques. It is the only Irish company specialising in mass spectrometry analysis and is used to detect food fraud and identify drug abuse in sports.

“Winning such a prestigious award in our area of expertise, and being recognised by the Judging panel whom are leaders in their respective scientific fields is a great seal of approval for our growing business. The culture I’ve embedded in EireChrom, is to ensure the highest quality and standards in every aspect of our business dealings,” said Mr Moloney who is also a former Clonmel Entrepreneur of the Year.

In 2015 the company expanded to hire four extra staff as well as establishing a laboratory and training facility in the Questum Innovation Centre, Clonmel.

This latest accolade for the company also follows EireChrom's win for “Outstanding Small Business in Ireland” at the SFA National Small Business Awards in February this year.

The Tipperary and Cork based company was selected from over 500 applicants in seven categories.

“Over the last 3 years we have based our growth and success on having the best company practices embedded in our business. Our new Headquarters in Clonmel has allowed for future growth not only in Ireland, but also into western Europe,” added Mr Moloney.

Eirechrom was also commended by Taoiseach Enda Kenny and patron of the SFA awards who stated that “small firms are at the forefront of the economic recovery.”

“The Awards provide an opportunity to highlight the success of our small firms as they seek out new markets and innovations,” said Mr Kenny.