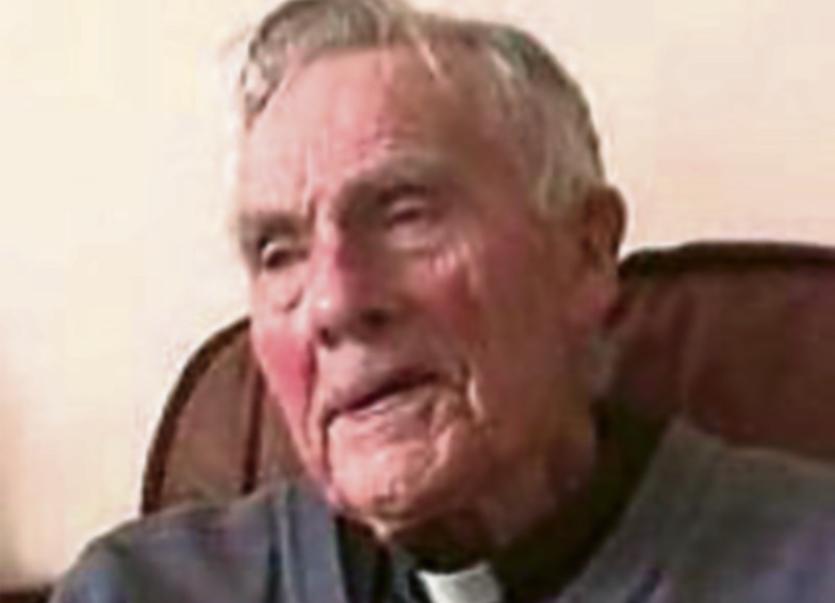 The parish of Nenagh was in mourning this Thursday with the news of the passing of much-loved priest Fr Dan Fitzgerald.

Fr Dan, who was in his 101st year, died on August 8 in Dalgan Park, where he was retired.

Fr Dan, a Columban, was originally from Cork and had served in the Columban missions in China, Australia and Scotland. He came to Nenagh in 1988.

He was well known through his visits to the sick at Nenagh Hospital, cheering up the patients with his joy and great sense of humour. He celebrated his 100th birthday earlier this summer in Dalgan Park surrounded by family, friends and his Columban confreres.

Fr Dan, who was born in Cork City in 1916, was educated by the Christian Brothers, and in St Columban’s, Dalgan Park (then sited in County Galway), before he was ordained at Christmas in 1939.

His first missionwsa to the Phillippines in 1940, but the outbreak of World War II meant he couldn't travel.

Eventually he was given a temporary appointment in the Cork diocese as chaplain to the Maria Reparatrix nuns.

Towards the end of the War, he was assigned to Nottingham diocese, before finally his opportunity to go on the missions arrived in the summer of 1946.

Ten places had been secured on a troop transport to Hong Kong, and Fr Dan was accompanied by four Columban priests and five Columban Sisters.

They travelled on a coaster to Shanghai, where the Sisters were allocated to a school. Fr Dan and two other priests were assigned to the Diocese of Hanyang.

“The only way of getting to that part of China was by the Yangtse river,” he once recalled, “and the three of us went up the river on a US Navy landing craft.”

When Mao Tse-tung’s Red Army took over in 1949, bit by bit they confiscated the diocesan property. He was expelled from China in 1952.

Fr Dan is reposing in St Columban's, Dalgan park, this Thursday at 7.30pm. His funeral is due to take place following concelebrated Requiem Mass this Friday at 11am, with burial after in the community's cemetery.

His death was regretted by the Fitzgerald and Burke families as well as his great friend, Sr Damien Rooney, the Comumba sisters, Magheramore and his confreres.