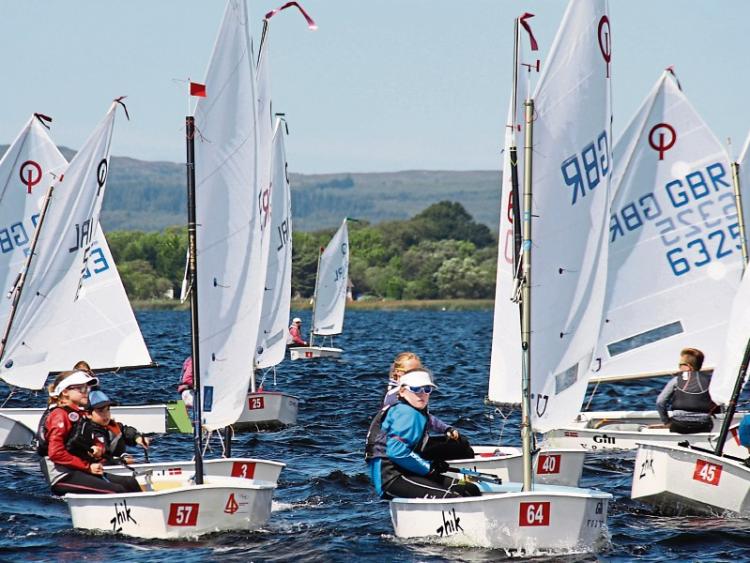 With all eyes on Annalise Murphy in Rio this Tuesday, there was plenty of excitement among the 218 young crews that gathered at Lough Derg Yacht Club for this year's National and Open Optimist Sailing Championships.

With every pun intended, many were optimistic in following in Annalise's footsteps as the Irish Olympian's family are members of the club.

Cathy McAleavey, Annalise's mother, sailed for Ireland in the Seoul Olympics in 1988, and, when it came to her daughter getting started on the water, Cathy started her in an Optimist.

Opening the championships, LDYC commodore David Meredith referred to Annalise's connection with the club and wished her well in Rio. No matter what the result was this Tuesday, her hall in the LDYC pantheon will be ensured.

Indeed, Mr Meredith said the club was proud to have produced a number of national and world champions in many sailing classes down the years.

With increased interest in sailing due to Annalise Murphy going for a medal in Rio, many people may not be aware of how sailing results are computed. Each sailor is allowed to discard the results of his or her worst race in computing the total score. The sailor with the lowest score wins. For example, a sailor who comes first in one race scores one point, while a sailor coming seventh in a race scores seven points and a sailor coming 45th in a race scores 45 points. The sum of a sailor's scores minus one discard is the aggregate total for the race series.

The results of the first series of races were: