Snowfalls past and present in Mullinahone, home to Tipp's tallest snowman 2018! 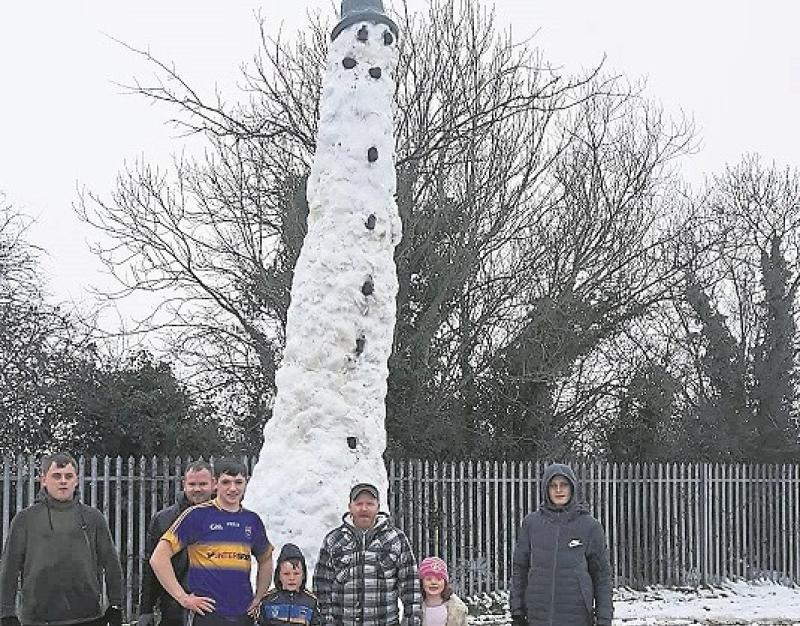 Our Mullinahone correspondent Ricky Sheehan recalls the snow - past and present- in Mullinahone.

The weather in March is said to come in like a lion and go out like a lamb. Certainly, the Beast from the East and Storm Emma brought in March locally like a lion.

My own memories of snowfalls and blizzards never saw anything like the recent blizzard. Back in 1982, us country people smiled when Dublin was blitzed with snow and the Taoiseach had to rush home from a foreign sun holiday. It takes Dublin to be hit for a major crisis to be declared.

Back in 1962, I was a second level student going back to school in January up the side of the Slieve Blooms. I do remember it being cold there snow or no snow.

Being only 2 years old in 1947 when snow really struck the country from January to March, I don’t remember, but over the years I often heard of Roundwood, Co. Wicklow being marooned and isolated for most of that time. My sister was born in March 1947, just after the snow. She eventually went to live in Roundwood. The same lady was marooned last weekend, not in Roundwood, but in Dublin where she had gone visiting. Memories of four snowstorms over 70 odd years.

All in all, we came out of the latest one rather well over last weekend. Thankfully, we had no real emergencies and our thanks go to the emergency services and the Met. Office who gave us plenty of warning that the storm was coming.