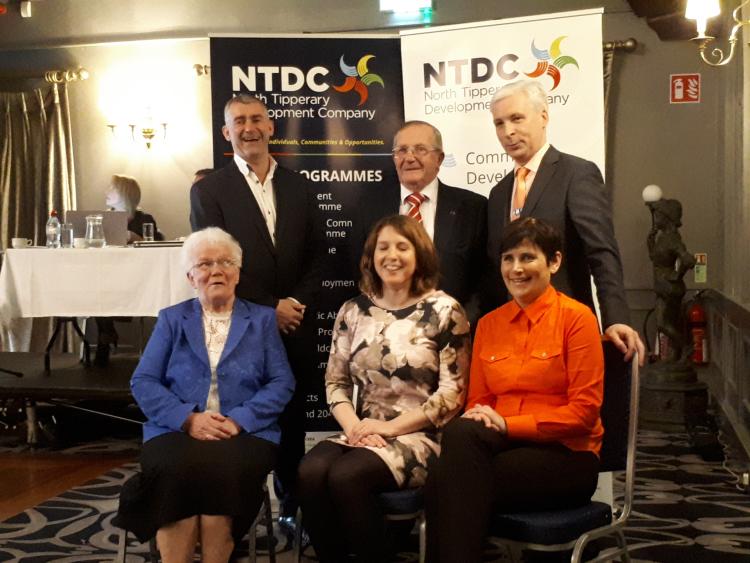 Pictured at the launch of NTDC were Liam Sheedy and Joe MacGrath, board members

The new North Tipperary Development Company was launched by Tipperary hurling Manager Liam Sheedy at the Racket Hall, Roscrea this morning - the company is the new name for the former North Tipperary Leader Partnership.

At a packed launch event, the Portroe man was the guest speaker and was joined by the CEO of Tipperary County Council, Mr Joe MacGrath who also spoke about the links between the company and the local authority.

Chairman of NTDC Jim Finn spoke about the reasoning behind the rebrand and he was joined by company Secretary Nancy White, and officials Claire Ryan and David Coyne in outlining what it is that NTDC does and what areas it works in.

Liam Sheedy spoke of the importance of community and especially notes the value of volunteerism which helps to drive commuities forward and give a sense of purpose and belonging to those involved.

It was a subject also touched on by Joe MacGrath who described the occasion as the dawning of a new era for NTDC.