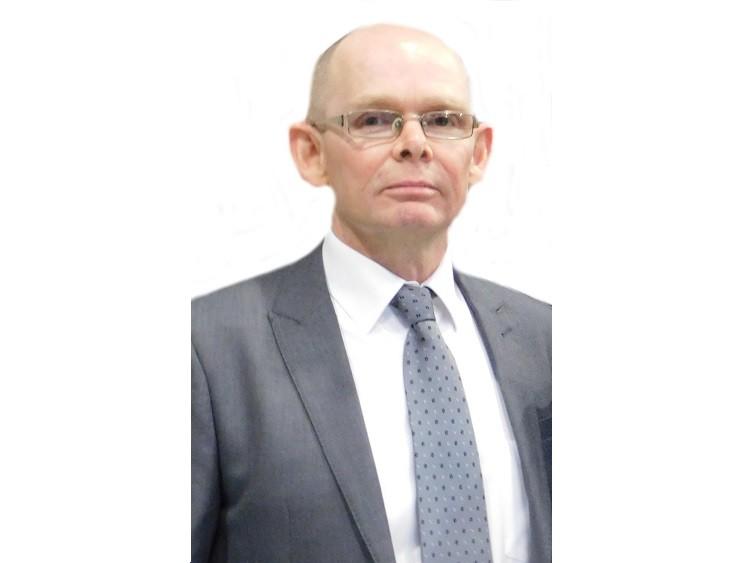 Peter’s great loves were, first and foremost his family, his Triumph Vitesse and, of course, David Bowie

The death, which occurred on Friday, October 4 of Peter O'Grady, Piercetown and formerly Clongour, Thurles occasioned great sadness throughout the Cathedral Town and much further afield where he was a much loved and respected member of the community.

Peter passed away peacefully at home at the early age of 52, surrounded by his loving family, after a short illness, borne with great fortitude and selflessness.

He was the youngest son of the late Editor of the Tipperary Star, Gerry O'Grady, and his wife Moira, and brother of the current Editor, Anne.

In a civil ceremony at Hugh Ryan's Funeral Home, Slievenamon Road, Thurles on Monday October 7 Peter's young, yet rich life, was celebrated by his family.

Celebrant, Mr. Alan Edge stated that the notion of ‘celebration’ when saying goodbye to such a young and vibrant person could be a really hard one to get one's heads around but one thing that had been abundantly clear was the remarkable way in which Peter dealt with his illness and prepared himself, and his family, for what lay ahead. “Where you weep, Peter would have you laugh. Where you mourn, Peter would have you raise a glass. But we know too that he would forgive you your grief, for to grieve is to love, to love is to cherish, and to cherish is to give thanks for the wonderful life which has enriched you all”.

A wonderful husband and life partner to Ann, Peter was also a loving father to Sam, Mathew, Kate and Ruth, a doting grandfather to Amelia, Ellie and Aaron, a much loved brother to John, Michael, Anthony, Gerard, Anne, Joe, Eddie and Marette, a wonderful uncle, nephew, son-in-law, brother-in-law, cousin, colleague, neighbour and friend. Incredibly kind and caring he was a practical man who could turn his hand to anything, a man with a great sense of humour; a man with a gift for music and a passion for vintage cars. Above all he was a man of great courage, strength and honesty who fought his illness bravely and with enormous dignity in a way which inspired and will continue to inspire his loved ones for the rest of their days.

In 1966 something very important happened… a red soft-top six-cylinder compact sports car called a Triumph Vitesse rolled off the assembly line… Also in 1966, on October 23 to be exact, Peter O’Grady was born in Thurles to Gerry and Moira. Though a Thurles man born and reared, both his parents were from Mayo, Gerry from Westport and Moira from Claremorris and throughout his life, Peter was immensely proud of his Mayo roots.

He attended boarding school for a short period before going to the Christian Brothers in Thurles. There his passion for music was given expression and he played cornet in the school orchestra as well as in the Thurles Silver Band, with whom he travelled to New York and Chicago.

Music remained a huge part of Peter’s life. To say that his tastes were broad is a bit of an understatement. He had a love of classical music, shared with his parents. At the other end of the musical spectrum perhaps, was his love of the Specials and, in particular, of David Bowie, so much so that he was inspired to get a tattoo of the starman himself after Bowie’s death in 2016.
Peter’s working life, 27 years of it, was spent caring for other people and that was to be the hallmark of the man – kindness and caring was at the very core of his being. As a care-assistant in Unit C of the Community Hospital of the Assumption, a dementia-focused ward, Peter was to forge long and lasting friendships. His colleagues in the Community Hospital of the Assumption were a second family to him and their love, care and kindness during his illness was evidence of the strong bonds forged over the years. Indeed, following his passing, as a mark of respect to their friend, the staff at Unit C put up a memory table in his honour.

Outside of work, Peter’s greatest passion, apart from his family of course, was undoubtedly, “the car“. His pride and joy had lavished on it, some would say, more TLC than any human being. He’d found it after months spent trawling the net looking for something just right with which to indulge his lifelong passion - when finally he found the perfect one - the same vintage as himself. Summer holidays thereafter meant trips all over the country to vintage shows. The Vitesse was driven everywhere but never in the rain! – the family could go out in the rain but not the car!

It was Peter’s family though, that meant everything to him. He was so amazingly proud of his four children and each brought joy to him individually through their different personalities, gifts and talents. And he loved his grandchildren, was so excited to welcome them and was as proud as punch to become a grandad.

After 23 years Peter got down on one knee and proposed to his partner, Ann, on Ann’s 40th birthday. The plan was for Peter to take Ann and the children off for the big event. Sadly, that was not to be and the marriage took place in a room in University Hospital Limerick. But, it ended up being a more beautiful day than anyone could have imagined as family, colleagues and friends rallied around to ensure that the happy couple wanted for absolutely nothing. It was a perfect day which created many wonderful memories that Ann and indeed everyone present will carry with them always.

It was also a sign of just how loved Peter was and that strength of feeling for him was particularly evident as people rallied round in the last four difficult months. The message was clear: life is precious, love people and cherish those people who love you.

As for Peter, throughout those difficult four months, he had no anger, no bitterness, no recriminations. His openness, frankness and fortitude were a lesson to all as he urged them not to let cancer define them. He made it as easy for his loved ones as was humanly possible, assisted enormously, and to his family's eternal gratitude, by the magnificent palliative home care team from Milford Hospice. “And let that be his legacy – that courage, that fortitude – that determination to stare death in the face and to embrace life, every precious, wonderful second of it”.

Tributes to Peter were also paid by his sons, Sam and Mathew, daughters Kate and Ruth, his wife Ann, brothers John and Gerry while the music of his beloved David Bowie also took centre stage.

Peter's passing is a major blow to his “family” of friends in the Community Hospital of the Assumption. They have lost a very dearly loved friend and colleague.

But it is a devastating loss to his family whom he adored and who adored him in turn.

Following the celebration of his life in Hugh Ryan's Funeral Home, Peter's beloved Triumph Vitesse had pride of place as it followed the hearse bearing his remains to St. Patrick's Cemetery in Thurles, where he was laid to rest.
For his grieving family they will forever have their very own “star man waiting in the sky...”

In the words of Alan Edge at the graveside, “and so we return Peter to the elements from which he came, from which all life on this planet came and we say:
Ashes to ashes, funk to funky, stardust to stardust.