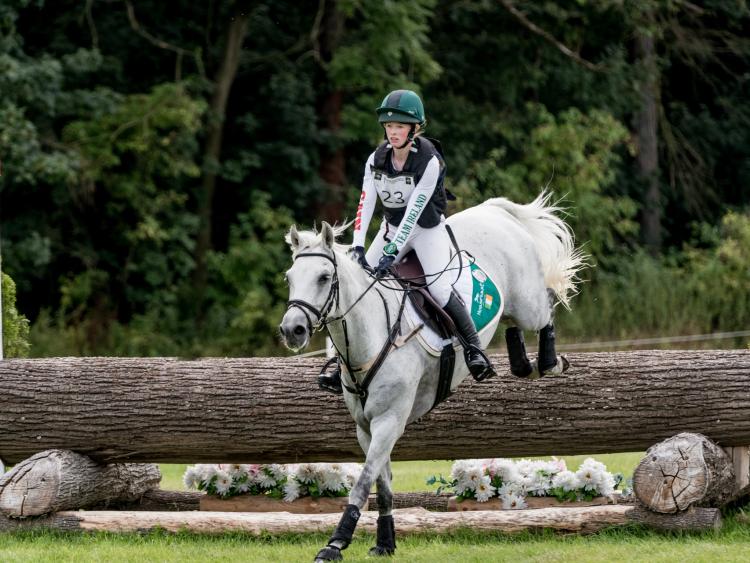 Cloughjordan's Olivia Swan has rounded out a hugely successful year by being crowned the Leading Munster Pony Rider of the Year at a reception held in Ballykisteen Hotel.

The fifth year student, who is a boarder in the Ursuline Secondary School, was honoured with the award in recognition of her two Eventing Ireland International wins on her pony Rockon Pedro.

Olivia won her first international event at Ballindenisk at Easter and followed on by securing a win at Kilguilkey International Horse Trials in July.

Olivia’s equestrian talent meant she was selected to represent Ireland at the European Championships in Strzegom Poland in August, where the pair finished in thirteenth place.

“It's in her blood,” says proud mum Carol, who travelled to Poland to cheer on her daughter.

“Olivia is very enthusiastic and determined so we were thrilled to see her do so well. She’s had an amazing year,” adds Carol.

Olivia began horse riding from a young age and was competing in events by her sixth birthday. Olivia has been working with her pony Rockon Pedro, a part-bred Connemara, for the last three years.

However Olivia isn't the only Swan making a name on the eventing scene as older brother Harry was a member of the U16 Irish Team who won a silver medal at the European Championships at Bishop Burton, England in 2018.

The Glenstal pupil has also gone on to ride two winners in Bumpers for his grandfather Tim Hyde.

“We are very proud of Olivia, Harry and our youngest son Max who is also showing an interest,” added Carol.