Controversial Tipperary development to go ahead after heated debate 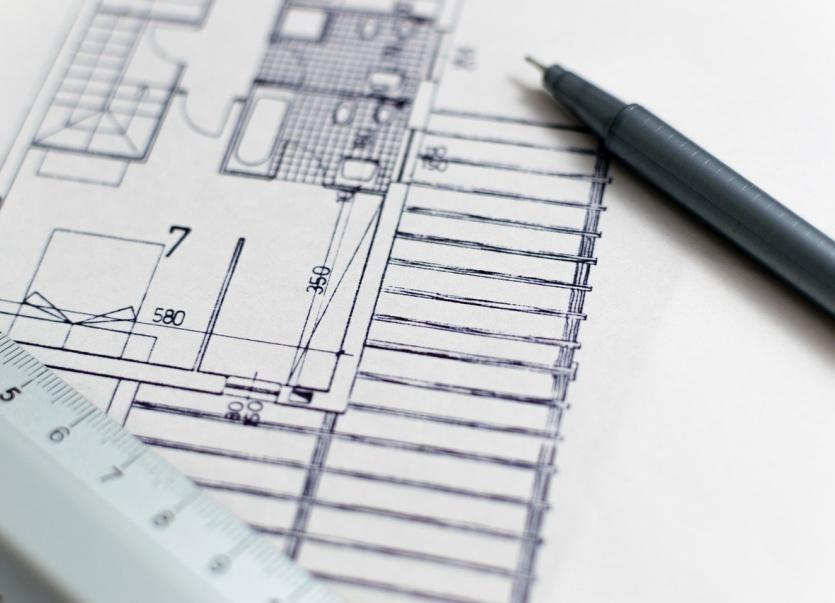 The proposed €5 million N24/N74 Tipperary Town Road Improvement Scheme led to lengthy debate and resulted in three votes to determine how plans should proceed at a special meeting of the Tipperary/Cahir/Cashel Municipal District last Thursday.

Detailed in the Chief Executive’s Report, the €5 million proposed development before councillors at the meeting consisted of sections of the N24/N74 national roads.

It extended from the N24-R515 Junction at the intersection of Church Street, O’Brien Street and Main Street at the western extent to approximately 1km along the N74 on the Cashel Road incorporating Fr Mathew Street at the eastern extent. The scheme proposed had a total length of 1.6km.

Councillors were unanimously against accepting the recommendations in the report, voicing concerns about the impact the works would have on Tipperary Town businesses and residents.

There would be an upgraded car park at St Michael’s Cemetery. New road pavement, upgraded public lighting along the N74 Fr Mathew Street/Cashel Road, the provision of upgraded street furniture also formed part of the plans.
District Administrator Anthony Coleman told the meeting that the local authority has until March 10 to decide on the Chief Executive’s Report.

He presented councillors with four options:

1. To accept the report with no changes.

2. To accept the report and make further specific modifications by resolution.

3. To not accept the report and to make specific modifications by resolution.

4. To not proceed with the proposed scheme and state the reasons why.

Cllr Marie Murphy walked councillors through the 18 themes in the 82-page report, drawing attention to the lack of recommended changes despite there being 240 submissions during the public consultation period.

197 submissions highlighted concerns about the parking provision in the scheme, with the only recommendations to include an additional disabled parking space on the Main Street and two additional car parking spaces on Lower Fr Mathew Street.

190 submissions highlighted concerns about the negative economic impact of the scheme on businesses primarily during the construction phase.

188 submissions highlighted concerns about the traffic management and safety associated with the construction works.

162 submissions highlighted concerns about health and quality of life issues in respect of the scheme. There were no recommended changes under any of the aforementioned themes among others.

Cllr Murphy questioned what has been achieved from the hours of meetings on the proposed development, refusing to support its current format.

Cllr Michael Fitzgerald said other towns in the county have ring roads which motorists can use when there are works ongoing.

“We have had roadworks here which have given us councillors nightmares. We have to learn from our mistakes,” Cllr Fitzgerald said.

“Everyone wants to see Tipperary Town looking its best, open for business and good for investment,” Cllr Fitzgerald said.

“The groups we have met have the interest of the town at heart.”

‘MILLIONS IN THE BIN’
Cllr Fitzgerald said Tipperary Town needs a new street without the “fancy work”. He added: “We did the fancy work before and the Plaza and Kickham Monument have become a sitdown area for winos right beside an off licence. That’s what it is seen as and known as.”

In a staunch reply, Director of Services for Roads, Transportation and Infrastructure, Marcus O’Connor, said there were submissions that the Council could do nothing about.

“If the attitude is that we can’t do anything in Tipperary Town until there’s a bypass in place in 10 or 12 years time, that’s fine. We can’t address the concerns in those submissions and if you agree with them we may as well throw this scheme in the bin,” Mr O’Connor said.

Cllr Annemarie Ryan said the majority of submissions were against the plans.

“There are many reasons why the community has rejected this plan. One is the volume of traffic that would have to be diverted, the duration of the roadworks and the impact on businesses, and the other is the timeframe after Covid,” Cllr Ryan said.

“There are also major issues with the design of the plan, particularly along Main Street and Fr Mathew Street where they are losing parking.

“This plan will not work for the community. They have made their voices heard,” Cllr Ryan added.

Cllr Ryan proposed to withdraw the proposed development and commence the process again, which was seconded by Cllr Tony Black. This was despite a stark warning from Mr O’Connor that withdrawing the development and starting all over again would not be facilitated by Transport Infrastructure Ireland (TII).

“We know how the community feels about the whole project. Gaining another few parking spaces is not going to solve the concerns of businesses and residents,” Cllr Black said.

The motion went to a vote and was rejected by all other councillors.

Cllr Roger Kennedy said he was “disappointed” that the many issues raised by the public were not addressed in the report and that there needs to be a “serious reappraisal” of the scheme.

Cllr Máirín McGrath said the plans would lead to Tipperary Town becoming a place where people drive through as opposed to a destination. “The current proposal is favouring people driving through rather than the business people, the residents and the wider community,” Cllr McGrath said.

Cllr Andy Moloney was also critical of the plans. “This is leading to us going into an area where we have not been given a mandate and making a decision for them,” Cllr Moloney said.

“75% of the business people in Tipperary Town have contacted us and are not happy with this. These are the business people who are giving your child in college a job at the weekend and who run the town. If the people are not with you, you can’t really go ahead with the plans,” Cllr Moloney said.

Cllr Micheal Anglim proposed to not accept the report and to make specific modifications by resolution, which was seconded by Cllr Marie Murphy and supported by Cllrs Kennedy, Crosse and Fitzgerald.

It was also backed by Director of Services for Economic and Community Development, Pat Slattery, who said a “huge” amount of work has been put into the plans by council management. “My primary objective is to keep as much of that €5 million in the town as possible,” Mr Slattery said.

Mr Slattery added that the Council would work to alleviate the concerns of businesses and residents over the coming weeks.

The motion to not accept the proposals and to make specific modifications by resolution was defeated by a single vote, with Cllrs Ryan, McGrath, Burgess, Black, Moloney and Mary Hanna Hourigan voting against it.

This led to an exchange of words between Cllr Micheal Anglim and Cllr Annemarie Ryan. “Go away with yourself woman,” Cllr Anglim fired back at Cllr Ryan, who opted for restarting the process.

MODIFICATIONS
Cllr Crosse then tabled a motion with modifications to the plans, which was seconded by Cllr Kennedy and backed by all councillors with the exception of Cllrs Black and Ryan. The proposed scheme would be carried out as it relates to the N74 section from the Bansha Roundabout to the town entrance past St Michael’s Cemetery on the Cashel Road, subject to a number of modifications and requirements.

The modifications included works only being carried out on the N74 at Fr Matthew Street, the Bansha Roundabout and on the N24 at Main Street. The final location of street furniture and a new controlled pedestrian crossing in the vicinity of the Irish Wheelchair Association premises would be confirmed at the detailed design stage.

“The most important thing is that Tipperary Town and its people will win,” Cllr Crosse added.

Responding to the vote, Cllr Black said he was not against the upgrading of the roads or replacing the footpaths. “There were so many concerns raised with me that it made voting for the works impossible,” Cllr Black said.

“The widening of footpaths, heightening of kerbs, loss of parking, diversions through housing estates and past schools, and the impact on the business community in the aftermath of the Davitt Street roadworks and Covid-19 lockdowns were the factors in the decision I took,” Cllr Black added.