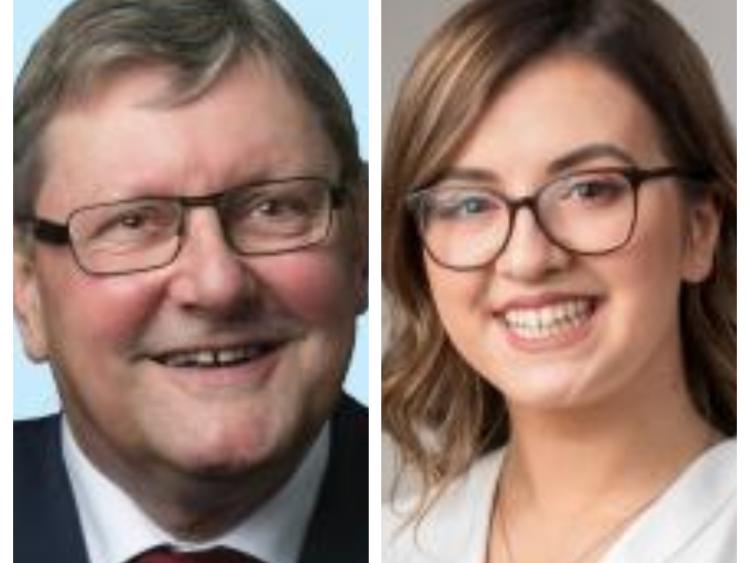 A council formality led to chaotic scenes at Monday’s meeting of the Tipperary/Cahir/Cashel Municipal District.

At the beginning of the meeting, chairman Cllr John Crosse asked councillors to approve the minutes from the N24/N74 Tipperary Town Road Improvement Scheme special meeting which took place on January 28, a formality which normally takes seconds but resulted in a 37-minute heated debate.

In the depths of the debate, Cllrs Michael Fitzgerald and Máirín McGrath clashed on a contentious issue, with the latter being reduced to tears and demanding an apology.

‘CRUCIAL DOCUMENT’
Cllr Annemarie Ryan said the minutes don’t mention that councillors were presented with a document 14 minutes after the special meeting started, which outlined four options for councillors to choose from.

Cllr Ryan said it was her first Part VIII vote and that it was “unacceptable” to receive the document during the special meeting.

After three votes at that meeting, all councillors with the exception of Cllrs Ryan and Tony Black voted to defer accepting the Chief Executive’s Report on the scheme and to make specific modifications by resolution. Both Cllrs Ryan and Black had preferred to withdraw the scheme as it stood and to restart the process.

“We should have had time to read that document and to understand the consequences of what we voted on. It was more than a simple rejection or acceptance.

“I didn’t understand that and I will hold my hands up, but I was not provided with the information in advance,” Cllr Ryan continued.

‘ONUS ON MEMBERS’
In reply, District Administrator Anthony Coleman said the document circulated at the meeting was for clarification and information purposes.

“The legislation has been there for a significant number of years.

"There is an onus on members to understand their role in the Part VIII process.

“That would have been set out when the new council was first elected at the start of this term.

“It’s a statutory process and the information was provided in good faith so that members understood what their options were,” Mr Coleman continued.

Cllr Crosse said the council was “very upfront and open” during the Part VIII process.

“I, as chairman, would not sit here and compromise this authority,” Cllr Crosse said, who stated that the special meeting was conducted properly.

‘ANGRY’
Cllr Mary Hanna Hourigan said she found the special meeting “very difficult” and said she was “angry” with how it was conducted.

Cllr Hanna Hourigan said she directed a question at Director of Services for Roads, Transportation and Infrastructure Marcus O’Connor, but a fellow council member “jumped in and started trying to answer it”.

Cllr Hanna Hourigan said: “It’s happening quite a bit. Going forward we need to be more mindful and courteous.”

Cllr Tony Black was also critical of the special meeting, in particular its abrupt adjournment when there was a motion tabled by Cllr Ryan and supported by himself to reject the scheme.

In reply to Cllr Black, Mr Coleman said a motion of adjournment of the meeting of Municipal District members shall be made at any time and shall be determined without amendment or debate.

‘ACCUSATIONS’
Cllr Fitzgerald hit out at the “accusations” raised by councillors regarding the special meeting.

“There was no time frame on us at that special meeting. We could have sat there all day or all night. I just get a little feeling now does Cllr Annemarie Ryan feel she voted the wrong way and that she wasn’t fully aware of the facts put in front of her on the day,” he questioned.

The Fine Gael councillor highlighted that Transport Minister Eamon Ryan held a virtual meeting last Friday with Jobs4Tipp, March4Tipp and the Tipperary Town Chamber of Commerce in relation to the Tipperary Town section of the N24 realignment project. The meeting was facilitated by Mattie McGrath, TD.

“Minister Ryan refused to meet us quite blatantly, but held meetings with other organisations without inviting this council or the chairperson,” he added.

‘DON’T BE TOO UPSET’
Cllr McGrath hit back at Cllr Fitzgerald, telling him “don’t be too upset” that he wasn’t invited to the meeting with Minister Ryan.

“This meeting was requested last September. This council only requested a meeting in December-January, so I’m sorry you feel left out and that you weren’t included,” Cllr McGrath said.

“Don’t feel too left out. I believe the meeting went well and it was a good achievement for the three groups, and shouldn’t we be happy that a meeting went ahead for Tipperary Town?

“Who knows more about Tipperary Town than the three groups advocating for it every day of the week,” Cllr McGrath added.

“I would say first are the people who are elected by the people in Tipperary Town,” he said.

“I have no problem not being included [in the meeting with Minister Ryan]. I felt Deputy McGrath could have at least notified the chairman of our council to be present. We were represented at all of the discussions about the roadworks and the Main Street.

“We were totally excluded from this meeting. If this council had a meeting in Dublin in the past and Deputy McGrath was excluded, there would be hell to pay.

“I’m sure March4Tipp, Jobs4Tipp and the Chamber would have had no problem with the chairperson of this council representing us at that meeting.

“So, Cllr McGrath, before you get all defensive and lecture us about who are the three main groups in this town, don’t forget there are people elected by the people of this town,” a defiant Cllr Fitzgerald said.

In reply, Cllr McGrath said it was up to the people who requested the meeting to send out invitations.

‘OUT OF CONTROL’
As Cllrs Fitzgerald and McGrath continued to exchange words, Cllr Crosse interrupted: “I’m not going to allow this to get out of control. It’s gone on long enough and there’s been good discussion.”

“Hopefully the council will get the same [opportunity to have a meeting with Minister Ryan],” she said.

Cllr Fitzgerald responded by reiterating that the chairman should have been invited to the meeting with Minister Ryan, a comment that Cllr Crosse agreed with.

“It’s a difficult time, especially with the whole road works. The opportunity was there to have the council represented and the invitation unfortunately wasn’t issued,” Cllr Fitzgerald said.

“You can get as stroppy as you like. It is a fact that it was a missed opportunity. It was a little bit of disrespect by Deputy McGrath,” Cllr Fitzgerald said.

‘HUGE INSULT’
Cllr McGrath then broke down in tears, stating that she takes “huge insult” to Cllr Fitzgerald’s “stroppy” comment.
She told him to have “more cop on” and demanded an immediate apology.

“Don’t tell me I can get as stroppy as I like,” Cllr McGrath cried.

“Please, Cllr Fitzgerald, apologise. I am not getting stroppy. I could say you get stroppy at every meeting.

“You walked out of the last council plenary meeting because you were told to stop talking [in relation to the N24 bypass].

“I would never insult another councillor like that. I take huge exception to what you just said to me,” continued Cllr McGrath, who highlighted the “unnecessary drama” which ensued following Cllr Micheal Anglim’s “go away with yourself woman” retort directed at Cllr Ryan at the special meeting of the Municipal District.

‘LOSING THE PLOT’
Cllr Fitzgerald said councillors “unfortunately” now find themselves in a situation where they can’t open their mouths.

“I have never in all my time set out to offend anybody,” Cllr Fitzgerald said.

“Cllr [Michael] Smith said things to me at the last [plenary] meeting and other people said things, [but] I didn’t go around looking for the press.

“We have to stand up and do the job we have to do. If we are going to start looking for apologies for every little thing that’s been said and not heard to be said but been said, I think we are losing the plot totally.

“Let’s get on with the work that the people have elected us to do.

“We made a big issue of Cllr Anglim calling Cllr Ryan a woman.

“I don’t think we have to be watching every fecking thing we say at every time in case we offend someone,” Cllr Fitzgerald added.

Acknowledging that it has been a “difficult time” for councillors, Cllr Crosse said everyone wants the best for Tipperary Town.
He called for continuity among members of the Municipal District.

“The Main Street was a very contentious issue. And we are now moving onto the motorway and we’ve had a lot of false starts,” Cllr Crosse said.

“We all want what’s right for the town. We have all got verbal abuse at workshops and private meetings, but we have to roll with the punches and we have to move on," Cllr Crosse added.