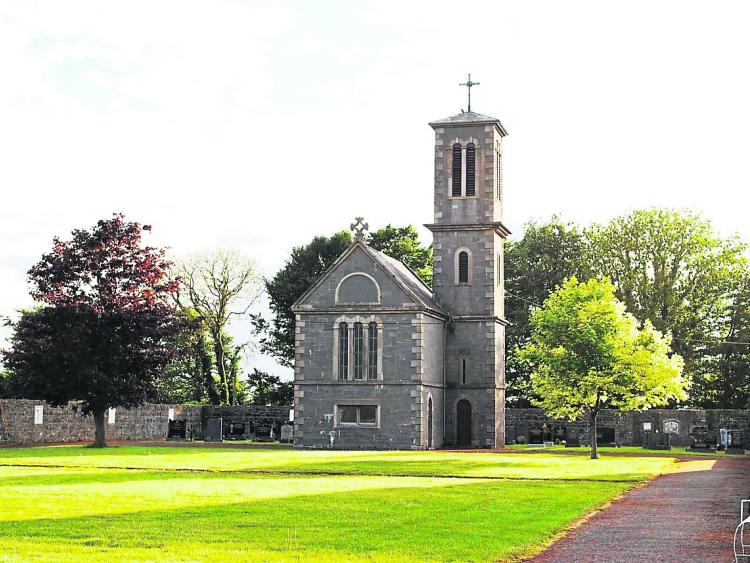 A planning application for the redevelopment of Boherlahan Community Hall and the controversial expansion of the village car park has been withdrawn.

The application included plans to demolish the existing hall and the adjoining school play shelter and store area, with the view to constructing a new hall and ancillary buildings.

The controversy centred around plans for the new parking area to the front section of Bianconi Park in the middle of the village, which forms part of the Bianconi Mortuary Chapel and Campanile and is listed as a protected structure site. It is understood that the parish of Boherlahan/Dualla offered the land for the car park at the site, however, a number of people were concerned about it being located on the grounds of Bianconi Church.

TipperaryLive.ie understands that a Boherlahan Parish Council meeting in January voted in favour of using Bianconi Park for the parking spaces, but there was a cohort of opposition locally to this proposal. The planning application for the hall and car park development has since been withdrawn.

The Save Bianconi Park Action Group was formed in opposition to the proposed car park and a number of other submissions were made to the local authority voicing concerns about the location.

Meanwhile, a public petition was carried out by the action group, and it was noted by chairperson Liam O’Dwyer in his submission on behalf of the group that 87 people voiced their objection in the petition to the car park at this location.

Others who made submissions to the council and noted their objection to the proposed car park location included: Alice Coman on behalf of the Boherlahan/Dualla Historical Journal; Jerry Fogarty, Tubberadora, Thurles; Lisa Stapleton and Gary Martin of Ardmayle East, Boherlahan; Sinead Sweeney C/O The Moate, Ardmayle, Cashel; John and Mairead Sweeney, The Moate, Ardmayle, Cashel and Bernie and Aileen Sheehy, Newtown, Ballinure, Thurles.

According to a statement published on Boherlahan/Dualla’s community website, an alternative car park location is now being proposed at an area of the field on the south side of the entrance to the Parochial House.

“Once developed, the new plans will be made available for view and comment on the Boherlahan/Dualla community website prior to resubmission of a new planning application to the local authority,” the statement outlined.

"A new Boherlahan Community Association is also being set up to take responsibility for the redevelopment of the hall and the associated new car park.

Local councillor Declan Burgess has said: “In agreement with the church, a new planning application will be submitted in the next few weeks and hopefully it will get approval.”

At the beginning of last year it was announced that the communities had been given a massive boost with news that they were to receive €2 million in funding through the Government’s Immigrant Investor Programme (IIP) for a variety of community development projects across the parish.

The IIP is administered by the Department of Justice to facilitate investment in Ireland by people wishing to obtain residency here. The selected projects cover the entire parish, including the redesign and refurbishment of the hall and the development of a community all weather sports facility in Boherlahan village. There was a targeted completion date of mid-2022 for all of the works at the time.

Dualla Community Association declined to comment when contacted by TipperaryLive.ie.