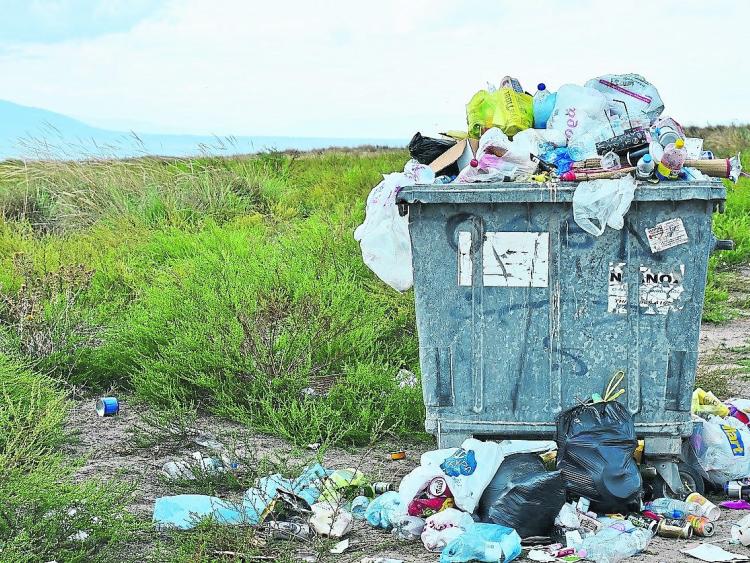 Tipperary County Council has a number of illegal dumping cases coming before the courts, a recent meeting of the local authority was told.

Senior Executive Officer at the Environment and Climate Action Section, Marion O’Neill, said the local authority has found the use of CCTV footage to be effective in clamping down on littering.

MOTION
Councillors unanimously supported a motion tabled by Cllr Declan Burgess at the meeting, which requested that the council write to Minister for the Environment Eamon Ryan calling on him to change the law and amend both the Litter Pollution Act 1997 and the Waste Management Act 1996 to provide a clear and consistent statutory framework to allow local authorities to use CCTV to deter illegal dumping.

‘CCTV INSTRUMENTAL’
“CCTV was instrumental in doubling our litter fines last year, particularly at our bring banks. The outcome of this has been a significant reduction in dumping at our bring banks,” Ms O’Neill said.

She highlighted a “significant” recent prosecution for illegal dumping, where an operator was conducting waste activities without a permit and pleaded guilty following an inspection of the site by the council’s enforcement team.

When prosecuted in the courts, the operator pleaded guilty to two offences under Section 32 of the Waste Management Act and paid a cost of over €4,000.

“It is very difficult to prosecute for dog fouling,” she said.

“There are situations with unsupervised dogs, where the owner says ‘that’s not my dog’ and trying to establish proof of ownership is very onerous.

“The enforcement officer or litter warden would have to witness the event, so it’s very difficult,” she added.