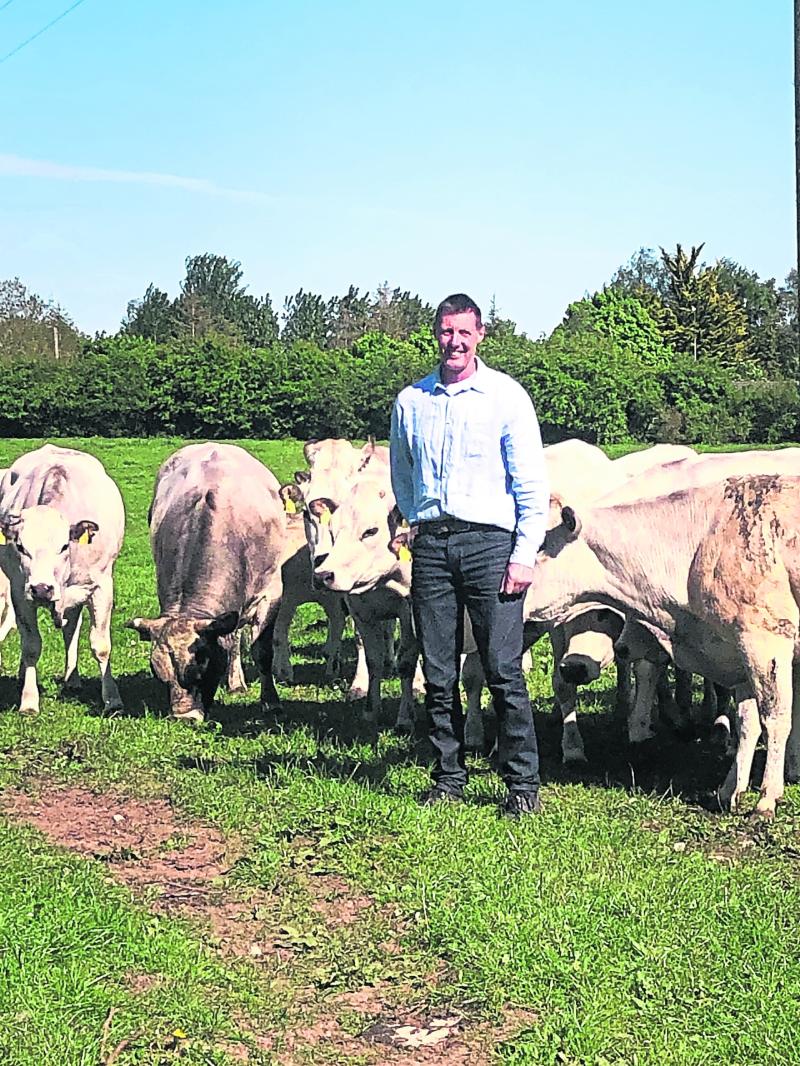 John Commins, who runs Blackcastle Farm at Two-Mile Borris, will have his Irish Piedmontese Gourmet Sausage product launched as a Specialbuy on September 23, before returning to shelf for a six-month period next April.

John Commins, who operates a close-knit family business, is the fourth generation to be farming on Blackcastle Farm, where they have been breeding herds of Piedmontese cattle, imported from Italy, since 2005.

“Being the fourth generation farming here at Blackcastle Farm, I’m overjoyed that our quality meat products have been recognised by an international retailer like Aldi.

“We are a family run farm and so this announcement means so much to everyone who gives it their all, 365 days a year. There are no days off in farming, but announcements like these make it all worth it,” he said.