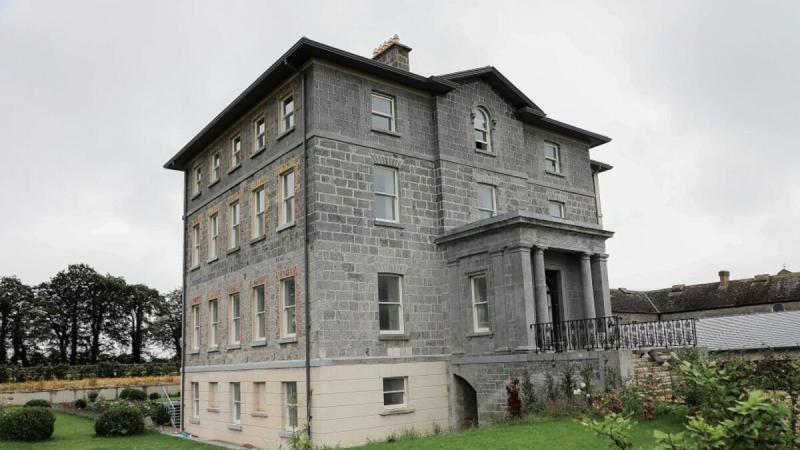 Solsborough House: the newly restored house can be viewed by the public this Sunday Picture: Odhran Ducie

One of the finest Big Houses in the Nenagh area will open its doors to the public this Sunday following an extensive restoration by its new owners.

Solsborough House on the Dark Road, bought by William and Emma Kennedy in late 2014, has been saved from ruin with a comprehensive restoration project that has breathed new life into the old house and its surrounds.

They have taken great care to rebuild the house almost exactly as it was.

Originally on land owned by the O'Briens of Annagh (Kilbarron) prior to the suppression of the Irish Rebellion in 1641 and ensuing Cromwellian Plantations, the land was incorporated into the ownership of Thomas Poe, a senior officer in Cromwell’s army.

The earliest indication of a Solsboro house and estate appears on Taylor and Skinner’s 1793 Dublin-Ennis Road Map. Originally known as Clonmucke, the Poes renamed the area Solsborough some time in the late 18th century.

The last Poe finally gave up on Solsborough in 1894, selling it to his Springfort neighbour Chris Brien, great-grandfather of the estate's last owner, the late David O'Brien.

By the 1940s, the house had fallen into a state of chronic disrepair, and in 1956 the building was sold for salvage.

McMahon’s Contractors of Limerick removed of its interior, taking windows, stairs, floorboards, roof tiles and anything else of worth. Some of the furniture was also taken and auctioned.

For decades the house stood as little more than an empty shell, its outer walls reflecting forlornly on its glorious past.

But in the last six years Solsborough has been transformed. Almost all of the original stonework was used to complete the external walls and reconstruct those internally, all of which have been positioned exactly where they were when the house was originally built.

Among its many features is a newly-built staircase; the steps leading to the grandiose main entrance have also been restored.

Practically all of the trades people who worked on Solsborough over those years were local.

All are welcome to come and see the house with all its history, before it begins its next chapter as a private home again, on Sunday, October 10, from 9am to 1pm.

Admission will be €5 per person or €10 per family, and all proceeds will be donated to the North Tipperary Hospice. Complimentary teas, coffees and snacks will be included with the admission price.