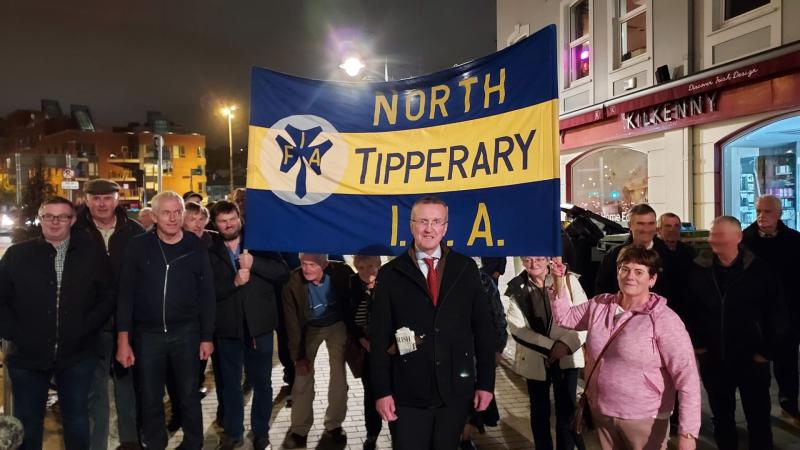 Following last Friday’s four regional rallies around the country, IFA county chair Imelda Walsh said it should be clear to the Government that anger was building among farmers.

“The clear message from the thousands who turned out is that farmers are frustrated and angry at the way they are being treated by our Government,” she said.

The North Tipperary IFA chair said that farmers felt that the Government wanted to regulate them out of business. Every policy, including those on climate action, CAP and the Nitrates Action Plan, was designed to reduce production,” she said.

“Farm families are being subjected to policies driven by regulation, restriction and reduction without any heed to its impact on farm family income and overall economic impact,” said Ms Walsh

Farmers were aware of climate action and were willing to play their part, she said.

“Farmers cannot understand why the Government refused to sit down with their elected leaders to make a plan for the sector that will allay their concerns and give them confidence that there is a long-term future for farming.

“If there’s a forum for employers and unions on the future of the economy, there’s no reason why there cannot be one for farming”.