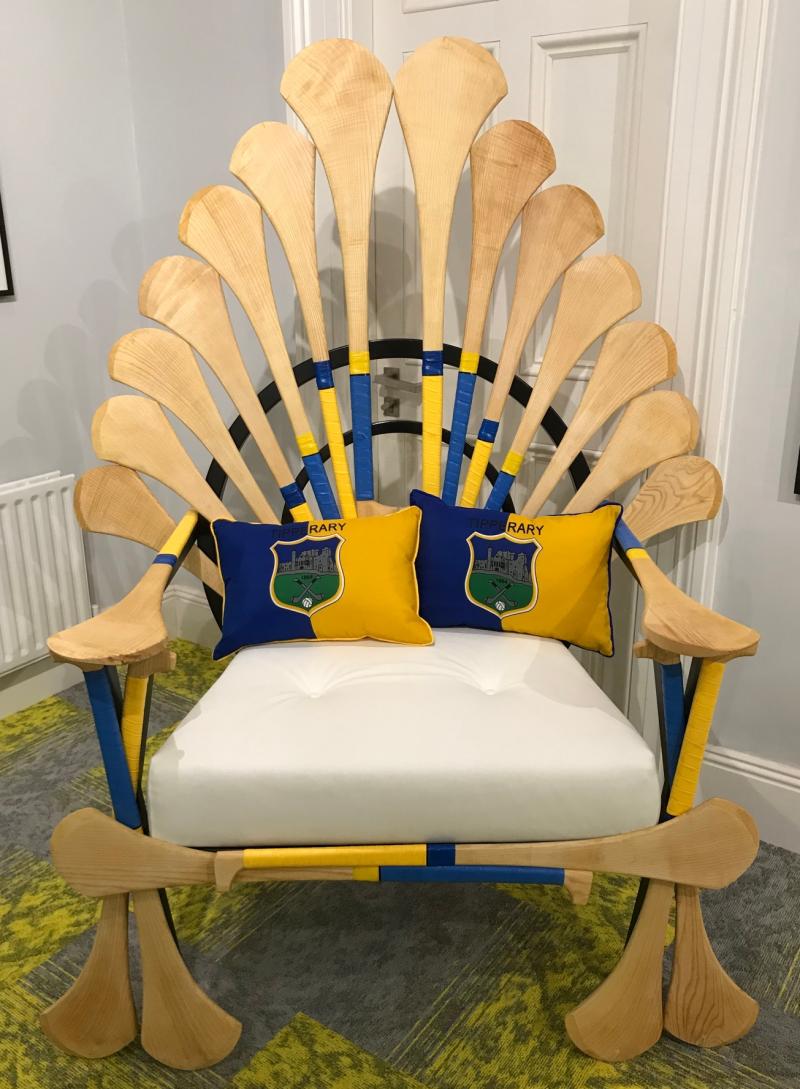 Throne of games: the chair in Nenagh’s new tourist office that has been decorated with different styles of hurleys all made locally

Nenagh Municipal District administrator Rosemary Joyce came in for high praise at the October meeting of the local council for her work in bringing to fruition the town’s new tourist office.

The office in the former Town Hall on Banba Square is scheduled to open at the end of November.

Thanking Ms Joyce following a tour of the facility, Nenagh Cathaoirleach Cllr Michael O’Meara said the office showed the “commitment and work” that the local executive was putting into the town.

“The people are in for a treat when it opens. It is much more than a tourism office,” he said.

Commending Ms Joyce, Cllr Seamus Morris said that a “lot of work” had gone into it, and the opening of the office was “very exciting”. 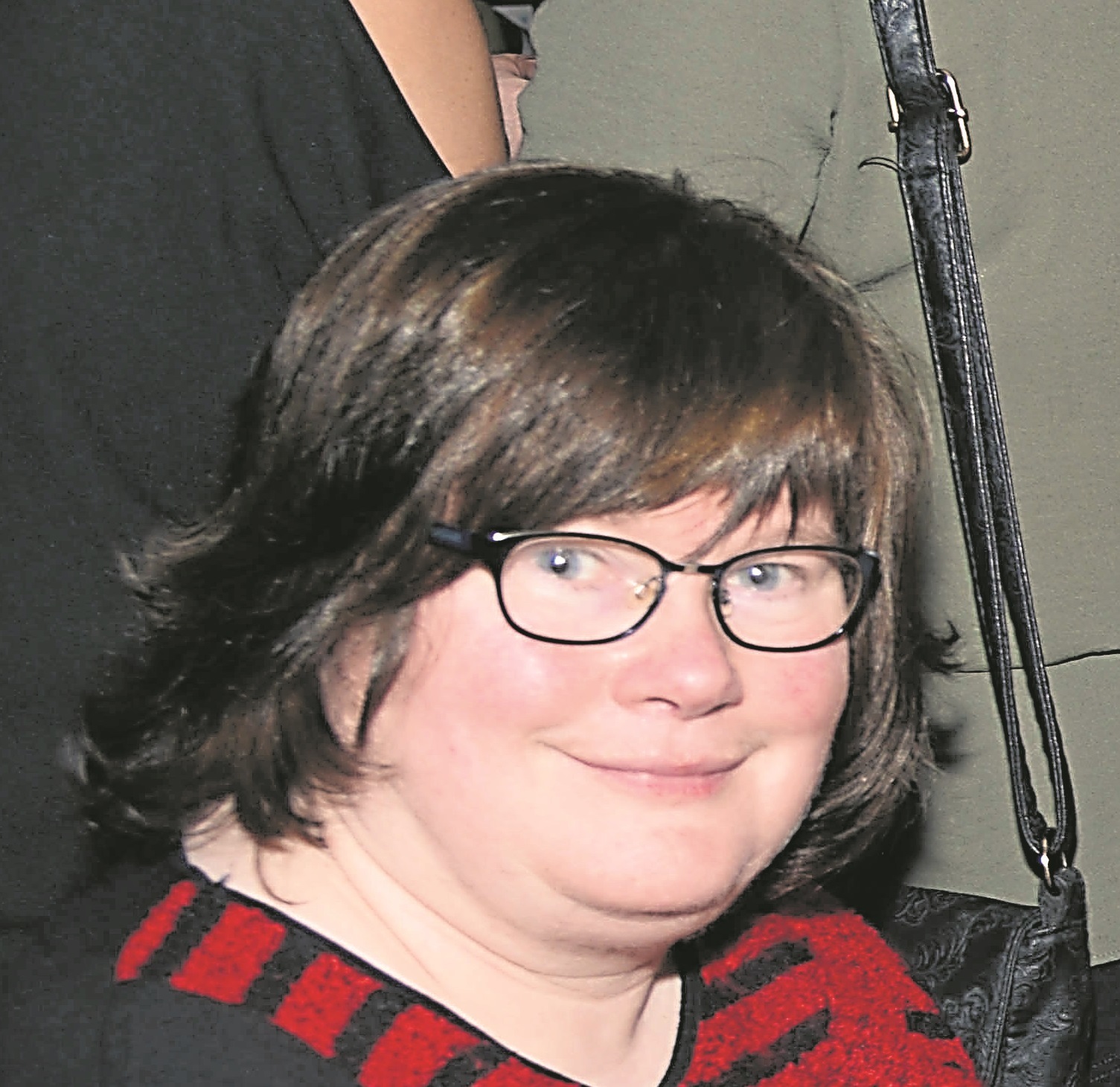 Cllr John Carroll praised Ms Joyce “at the highest level”, and said he was “gobsmacked” by the amount of work that had gone into the office.

“All aspects of our heritage have been factored in,” he said.

Cllr Joe Hannigan reminded the meeting that the executive had brought the last council to visit Westport, and said Nenagh was now well on the way to delivering the vision they had seen there.

He said that, in terms of quality among the council staff, the people in Nenagh were “second to none”.

“People tell me about the quality of view in terms of our public realm,” said Cllr Hannigan.

“The new facility is much more than a tourism office,” he said.

“There’s a commitment now to develop the town. The office taps into the spirit of the area,” he said.

District Manager Marcus O’Connor said that Ms Joyce had invested a lot of her own personal time in the tourist office.

“It is more than bog standard. You get a feel for the town and district,” he said.

Mr O’Connor also praised Nenagh woman Anne Scroope of Scroope Design, who had brought the vision for the tourist office together.

Ms Joyce, thanking the members and manager for their comments, said that the contribution from Ms Scroope had been crucial to its development.

“It was her vision,” she said.