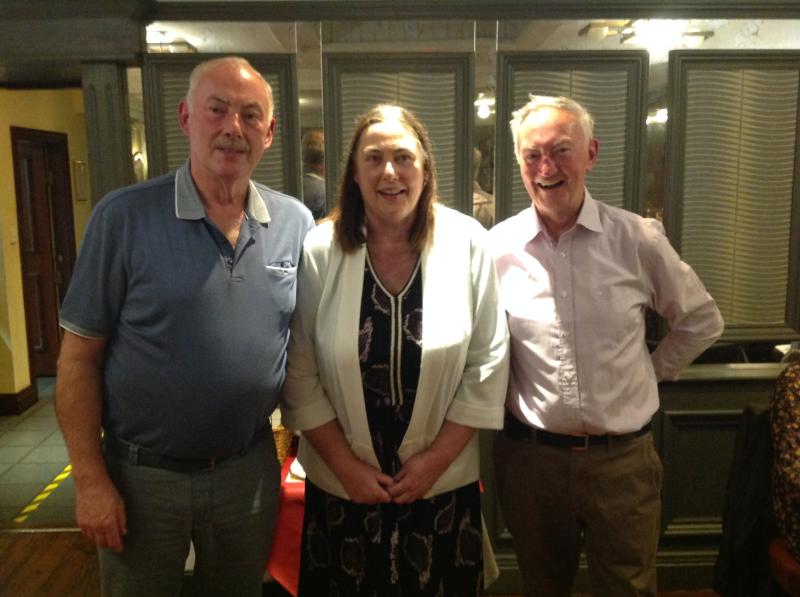 Joe, Mary and Jim Shelly enjoyed a family held a re-union in Murphy’s pub on October 23

The Shelly family of Mary Street held a re-union in Murphy’s pub on Saturday night, October 23.

Having first come to Templemore circa 1900 they have a long established connection with the town, in particular with Mary Street and later in the Park.

Paddy Shelley established a shop and bakery at 27 Mary Street in 1901.

The family later acquired numbers 28 and 29 along with some land at the back.
It is important to note that street numbers can be very confusing as different systems were used depending on what survey was carried.

The deeds seem to have followed Griffiths Valuation in terms of numbering the houses and for the town of Templemore at least, they appear to be the most accurate way of finding the exact location of a house.

The Shelly’s ran a successful shop and bakery here for many years while various family members from different generations filled key roles in the community.