Tipperary lakeside village to get extra mooring spaces for boats 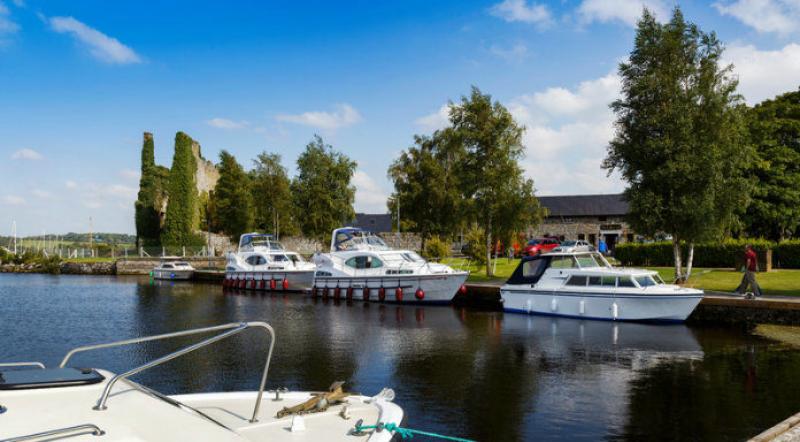 Tipperary lakeside village to get extra mooring spaces for boats

An extra 20 berths for boat owners using Lough Derg are to be installed in Dromineer, Nenagh district councillors have been told.

The news was unveiled by district manager Marcus O’Connor at the December meeting of Nenagh Municipal District Council.

It is part of a proposed development of the harbour by Waterways Ireland.

Eight extra berths will be created by extending the current floating jetty and the remainder will go at the existing quayside near the playground.

The development was welcomed by councillors.

Cllr Hughie McGrath said that the Shannon had become the next holiday destination but mooring spaces were scarce.

“The lake has been thriving. It is good for the area to have more space,” he said.

Cllr Ger Darcy pointed out that Lough Derg and the Shannon in general had seen an increase in boating traffic.

Cllr Joe Hannigan said it would double capacity at Dromineer but that with that would come challenges for current infrastructure.

He asked how that would be upgraded.

The news was also welcomed by Cllr John “Rocky” McGrath and district cathaoirleach Cllr Michael O’Meara, who asked if the council had any policy to deal with boats that had been abandoned, some half-sunk, in local harbours.

Apart from them being an eyesore, they are taking up spaces,” he said. “If they were a car on the street they wouldn’t be long about being shifted.”

Cllr John Carroll also welcomed the extra berths but said that there was a need to tackle dereliction in the village.

Mr O’Connor told Cllr Phyll Bugler there was no time frame on the development, but he was hopeful it would go ahead in 2022.

He said that they all knew the obvious derelict site in the village. He hoped to see it being tackled as it detracted from the village.

The district manager said that Irish Waterways have their own bylaws and police the harbours where there is a five-day turnaround.

Generally there was no problem in Irish Waterways facilities but there was in the harbours controlled by the local authority.

Abandoned boats had also been an issue in Garrykennedy and Terryglass, he said.

The council intended to carry out a survey on the extent of the issue and would come back to councillors with proposals.

In relation to infrastructure, Mr O’Connor said that, overall, the extra berths should not have a negative impact as there was enough capacity in the system.

The council is working with other bodies in preparing a planning application for the upgrade of the village’s toilet and shower block, which would also help the seasonal tourist amenity, Aqua Splash.

Mr O’Connor also revealed that the council was in discussions to put in a camper van facility in the vicinity.