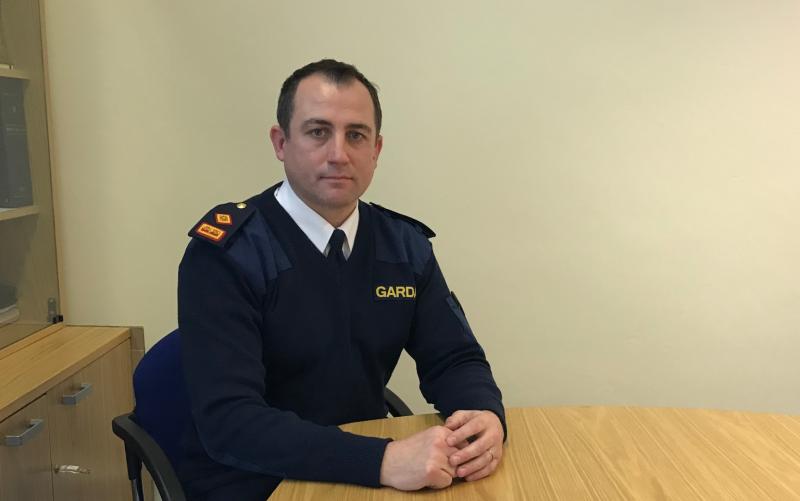 Drug use, travelling gangs and cyber crime are among the biggest issues facing the gardaí in this area, according to Supt Andrew Lacy, who has taken charge of the Nenagh Garda Division since last November.

“There is no doubt recreational drug use - and cocaine in particular - is fairly rife in most rural towns,” he says.

And while he doesn’t know the general scale of it in this district, he says it would be fairly reflective of what is being seen elsewhere.

The knock-on effect of drug addiction, the devastation to families to ourselves is huge and people unfortunately don’t see that until they are tied up in the issues that come with addiction, he says.

However, the outcome is always the same - the family trauma that goes with that individual.

A believer in diversion programmes such as the local restorative justice programme when it comes to dealing with people, especially those with mental health and addiction issues who end up in court for minor offences, Supt Lacey is involved in a national task force chaired by former Minister of State Kathleen Lynch looking at people with mental health issues and addiction.

“I’m on one of the subgroups from the Limerick side, looking at additional court avoidance in some capacity to people who have situation trauma or addiction or something in the background and bringing it to court isn’t the best outcome for them. There is a lot of momentum in that area,” says Andrew.

He says they are looking at a multi-agency approach where a mental health trained person or social worker will go out with guards responding to calls, a system that is in the United States and Scotland. This will be piloted in Limerick in the coming years.

“Hopefully, Tipperary District will benefit because it’s based in the Mid-West as a pilot. I would hope to bring it to Tipperary when it starts rolling out,” he says.

However, he says he will still bring all the experience he has to dealing with drugs and drug related crime, and if the gardaí can target people who are damaging the community they will "go after them with everything we have".

But, he warns, there is also a personal responsibility to try and not fuel the fire.

In relation to travelling gangs, Andrew says that because the Nenagh District is on the M7 this area is going to be exposed to travelling criminals. However, Tipperary detection rates are above average, and he describes the incidence of such crime as “episodic”.

While CCTV already installed along the M7 and in many villages and towns has yet to become operationable, Supt Lacey says a lot of communities, through the Tipperary County Council, are trying to fund different schemes and that is very helpful to the gardaí, but it there is a need to make sure it it procedurally correct.

“You would be amazed at the amounts that are being mentioned and how simple it can happen. It’s all about getting that message out to people to be informed and cautious about what they do. These criminals are so adaptive. They are getting better. One scam can be dated a week later. It’s about being aware of the dangers out there and trying to curb them,” he says.