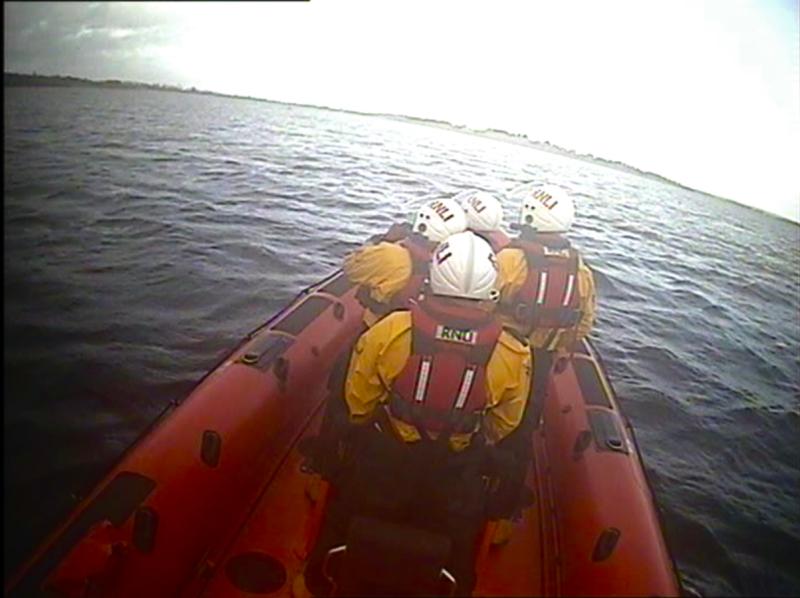 Lough Derg RNLI: Callout turned out to be a false alarm

Valentia Coast Guard requested Lough Derg RNLI lifeboat to launch on Saturday, February 12, to investigate a report from a member of the public that a kayaker was in difficulty by Navigation Mark J, at the northern end of Lough Derg.

At 3.40pm the lifeboat launched with helm Keith Brennan; crew Owen Cavanagh, Chris Parker and Tom Hayes on board.

Winds were south-westerly Force 4 and gusting. Visibility was good.

When the lifeboat arrived at Navigation Mark J, north of Gortmore, it began a thorough search of the area.

From shore, two swimmers at Gortmore observed the lifeboat and called the RNLI boathouse in Dromineer, suspecting that the waterboard which they had been using as a safety buoy may have caused alarm.

The board was at the location at which the member of public had thought they’d seen an upturned kayak.

Valentia Coast Guard were informed and the lifeboat was stood down.

The lifeboat departed the scene and was back at station at 4.50pm.

Jeremy Freeman, deputy launching authority at Lough Derg RNLI said: "This was a false alarm but with good intent."

He said: "If you see someone in difficulty in the water call 999 or 112 and ask for marine rescue. Stay safe and not to not enter the water yourself, too many people drown trying to save others."