Tipperary man elected to board of Ireland-American Alumni Association 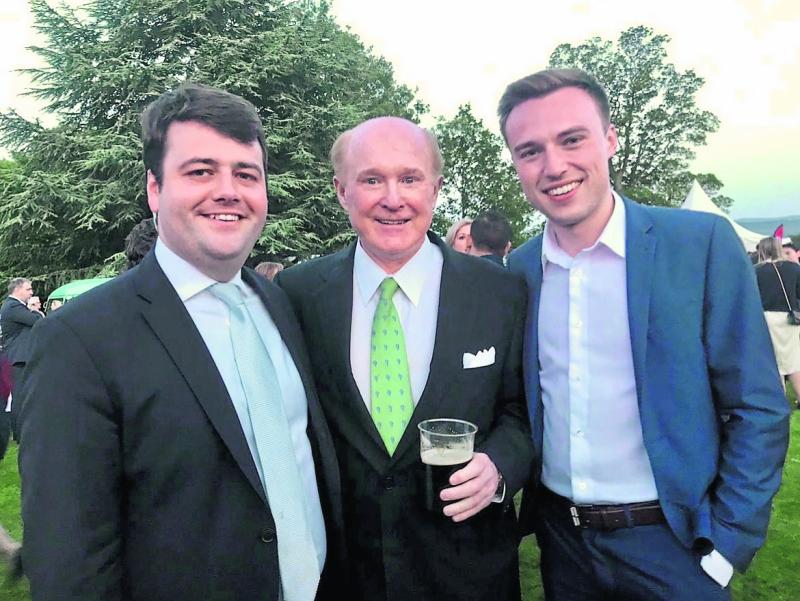 Ryan O’Meara, right, with the then US Ambassador to Ireland, Edward Crawford, and US Embassy Dublin Young Leaders Council member Daniel Griffin, at the ambassador's residence in Phoenix Park on July 4

Tipperary man Ryan O’Meara has joined the board of directors of the Ireland - United States Alumni Association (IUSA).

The IUSA held its agm at the start of the month, and Ryan, a Cloughjordan resident and Toomevara native, was one of the new directors elected to the board for the coming year.

IUSA is a non-profit voluntary network of alumni of US State Department exchange programmes, including participants of Fulbright Scholarships, International Visitor Leadership Programme, the US Embassy Dublin Young Leaders Council and the Washington Ireland Programme.

The IUSA promotes US-Irish relations and develops the next generation of leaders in that relationship.

Ryan is a former member of the US Embassy Dublin Young Leaders Council, having served two separate terms on the council in 2018 and 2019.

He is also a former International Officer of Ógra Fianna Fáil, where he represented the national organisation within its European group, LYMEC, which is based in Brussels.

In this position, he was responsible for representing Ógra Fianna Fáil’s international and European policies and worked to shape and influence LYMEC policy in a manner which was consistent with Fianna Fáil principles.

“I have always had a great interest in Irish-US relations and foreign policy in general. Part of my time in UCD was spent studying international relations, EU law and EU competition law,” he said.

Mr O’Mera pointed out that Ireland was one of the most connected and influential little nations in the world, and we should be extremely proud of this.

“But this has taken an enormous effort, and building and maintaining our international relations is essential in ensuring that our country remains at the heart of the EU, and indeed an influential body of people in Washington DC,” he said.

Ryan said that he was rlly looking forward to the year ahead, where he will be working with fellow IUSA board members and US Embassy Dublin staff on areas of common interest.

For the next 12 months, Ryan will serve as a director of IUSA, organising and attending events, and working with fellow IUSA colleagues and US Embassy Dublin staff to further enhance Irish-US relations among the next generation of leaders within the network and nationally.