David Ryan was representing the club in the Men's 400m race 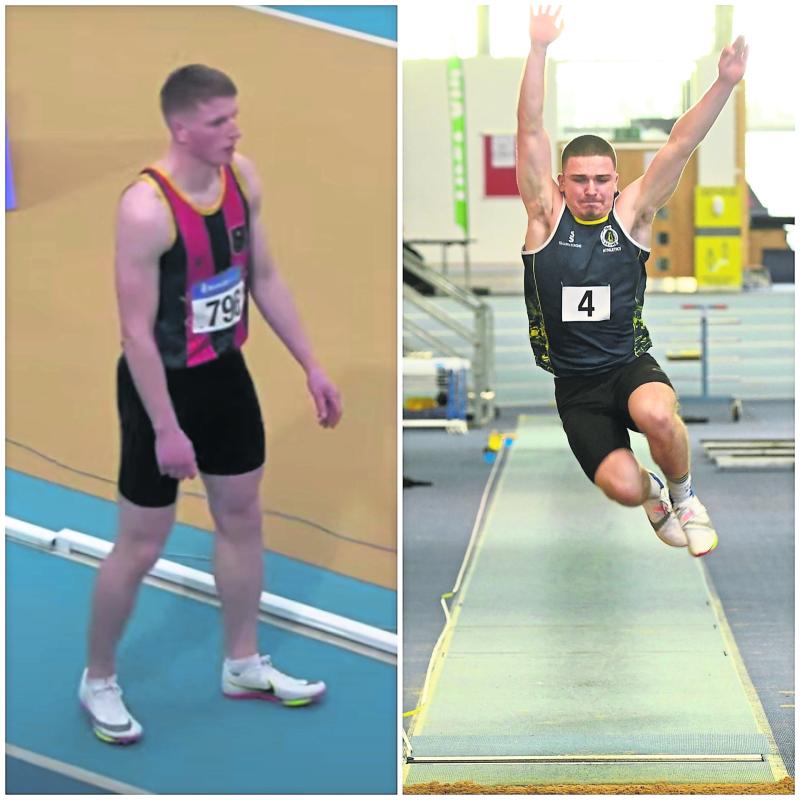 Saturday, Feb 26th was the Qualifying round, here David was drawn in heat 7 and he won this race in style in 48.86 not far off his personal best of 48.34 which qualified him for the 400m final on Sunday.

In the final, David accounted for himself very well in 6th place in 49.76 seconds mixing with the best in the country after being drawn in lane 1 which is probably the toughest one to draw in indoor sprinting but was praised duly by Irish international Katie Kirk who said ''David had an excellent race in the heats and looked strong''.

Big 10 Track & Field Result USA: Sean Mockler was in action across the pond in the US for the 4th successive week in a row throwing the indoor hammer which is shorter but heavier than the outdoor hammer and relies more on strength, the last 3 with wins consecutively in Indiana state which in size comparisons to Ireland is 92,895 sq km to Irelands 70,273 sq km with a population of 6.5million which is about 1.3million more than in Ireland.

Back to last Saturday, February 26th Sean competed in an event called the Big 10 which attracts some of the biggest Universities now 14 in total compete against each it's a step up again in competition but Sean Acquitted himself very well in 7th place with another personal best throw of 20.77metres we now have to wait to see the results from the other conference leagues to see where Sean ranks out of all the state universities, the next aim is to qualify for the NCAAs fingers crossed for Sean

London Calling Report
Long Jump Athlete Dillon Ryan has been plugging away with Brunel University in London at various track & field competitions since the start of 2022: On January 8th he competed at a South London Meet in Carshalton coming in 1st place with a jump of 6.30metres.

On January 23rd at the London Indoor Games Dillon picked up another win in the U20s with a jump of 6.63m, his older brother Daniel Ryan a graduate of Brunel & competing in England with Hearne Hill Harriers ac also competed at the event coming 2nd in the senior men's long jump in 6.82m and 7th in the 60mHurdles in 8.40 seconds.

On the 9th of February at the Intervarsity Championships Dillon came 3rd with a personal best jump of 6.71m and on the 19th of February at the British University Championships Dillon came 6th with a distance covered of 6.53m Well done to Dillon & Daniel who are brothers to 400m runner David mentioned earlier and their sister Anna is also at Brunel University and competes in multi-events including Long Jump, Shot Put, High Jump, Hurdles & Pole Vault.